Man Utd have upper hand as they eye Paulo Dybala transfer this summer  (Image: Getty Images) Dybala is entering the final year of his cont...

Dybala is entering the final year of his contract, with the Red Devils interested in bringing him to the Premier League.

Manchester United have gained the upper hand as they look to boost their attacking options with the signing of Paulo Dybala from Juventus. The Red Devils are in need of reinforcements up front, with a new winger needed and Edinson Cavani edging closer to leaving Old Trafford after just one season.

Erling Haaland is one of their top targets, but with many of Europe’s top clubs chasing the Borussia Dortmund striker, United will need to explore other options in case they miss out on the Norwegian.

That has led them to Dybala, who has had a remarkable few seasons in front of goal for Juve since joining the Italian giants from Palermo.

Dybala has reached doubled figures for goals in all but one season for the Old Lady, with his best season coming in 2017/2018 when he scored 22 goals and notched seven assists in Serie A.

Much like his team though, the Argentine has suffered a downturn in form this season, scoring just three times.

That poor form can mainly be put down to the 27-year-old suffering an MCL injury, which ruled him out for 12 weeks and from which he has only just returned.

That should not deter United however, as Dybala would be a significant improvement on the current options in their squad.

And the Red Devils have been handed a boost in their pursuit of Dybala, who is entering the final year of his contract.

Tuttosport report that Juventus are having difficulties in tying Dybala down to a new deal, which could force them into selling the Argentine in the summer.

But while the Italian news organisation claim that United are ‘warm’ to a deal for Dybala, they are not the only club interested in a move.

Premier League rivals Manchester City and Chelsea, as well as French champions Paris Saint-Germain are all also believed to be eyeing the attacker.

United are understood to have attempted to sign Dybala several years ago, but a move broke down due to disagreements over image rights.

And a deal will not be easy for United to complete this summer, with Tuttosport also claiming that manager Ole Gunnar Solskjaer will not seek to build his team around Dybala.

That could prevent problems, with Dybala possibly wanting more of a starring role after being forced into the shadows at Juve by Cristiano Ronaldo.

It has also been reported that a possible swap deal could be on the cards, with Paul Pogba heading back to Juventus and Dybala going the other way.

While Pogba is also entering the final year of his contract and has been linked with a departure from Old Trafford, a swap deal does appear unlikely. 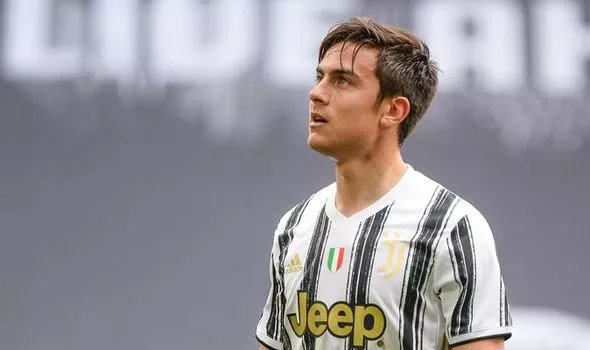