Manchester United have reportedly made their move to sign highly-rated Hibernian striker Ethan Laidlaw, with a trial expected soon. The 16... 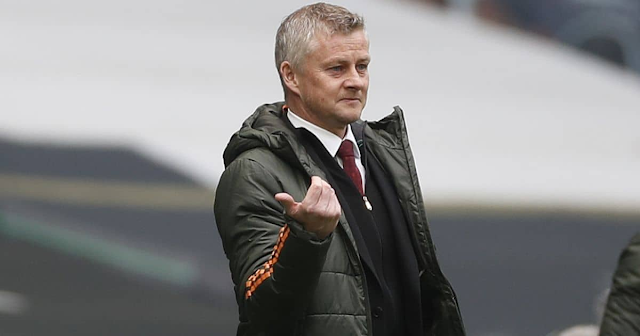 Manchester United have reportedly made their move to sign highly-rated Hibernian striker Ethan Laidlaw, with a trial expected soon.

The 16-year-old only penned his first professional club with the Scottish Premiership side recently and was on the bench for the first time in Sunday’s loss to champions Rangers. But now United are ready to make their move, according to the Daily Mail.

Laidlaw has already attracted interest from United’s Premier League rivals Leeds, and has had a trial at Elland Road.

Ole Gunnar Solskjaer’s men will follow the same path as Leeds by offering the player an audition before making their mind up over a permanent deal.

The report adds that Hibs are in no rush to cash in on one of their top talents, despite interest from England.

The Easter Road outfit are back in action this Sunday in the Scottish Cup against League Two Stranraer.

There is a strong chance that Laidlaw will make his first senior appearance for the club in that game. To that end, there may be scouts in attendance from across the border taking a close look.

Paul Scholes has admitted he has concerns that Manchester City have an advantage over Manchester United in the race to sign Erling Haaland.

Haaland is believed to of interest to a number of clubs around Europe ahead of the summer transfer window. The striker has caught the eye again this season with his prolific displays for Borussia Dortmund. The 20-year-old has 33 goals and 10 assists in 34 games in all competitions.

And reports in recent weeks suggest that his agent, Mino Raiola, is actively talking to clubs about doing a deal. He has been seen in both Madrid and Barcelona, as well as England.

Therefore, a bidding war could be on the cards between the two teams in the coming months. But Scholes believes that the already established links between the Sky Blues and the Haaland family could be the decisive factor.

“You have to think about his dad as well with the City link,’ Scholes told talkSPORT2 (via Daily Mail). “That could be strong in this situation.

“But let’s see. Fingers crossed, if he does move, that he comes to the red side of Manchester.”