Manchester United and Tottenham could reignite their interest in Argentina star Paulo Dybala after he was suspended by Juventus for attending a lockdown event.

The 27-year-old has been punished by the reigning Serie A champions for his decision to join host Weston McKennie and Arthur in breaking current guidelines during the international break.

Dybala posted on his Instagram story: "I know it would have been better to avoid, but I was wrong and I apologise, I shouldn't have stayed out for dinner.”

Despite his apology, reports now suggest that Juventus will be more than willing to listen to offers for his services this summer as he enters the final year of his deal.

The Daily Mail have reported that the hierarchy are keen to offload Dybala to make sure he doesn’t walk away for free when his current deal comes to an end.

The report adds that both Pirlo and president Andrea Agnelli have been left ‘infuriated’ and that there is now no way back for the former Palermo and Instituto midfielder.

However, Dybala's representative Jorge Antun is said to be in Argentina, which could make any immediate negotiations more difficult.

Pirlo said of the incident: ”I’ll talk about it right away so then we'll think about the match. The three players involved will not be called up, then they'll go back to work and we'll understand when.

"I don't want to talk about this anymore, we've already done enough. For the technical part I decided, the club did the rest.

"These things have always happened, but this is not the right time for what is happening in the world. We are examples." 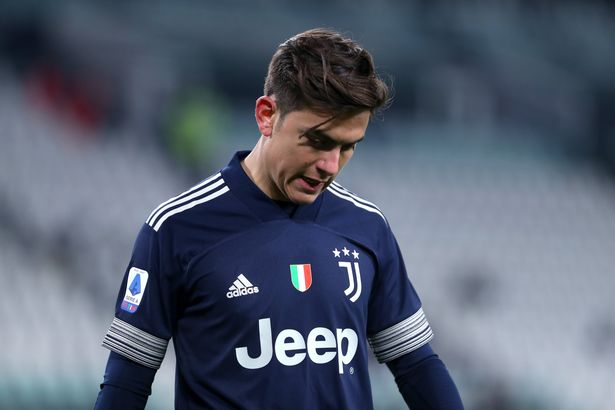