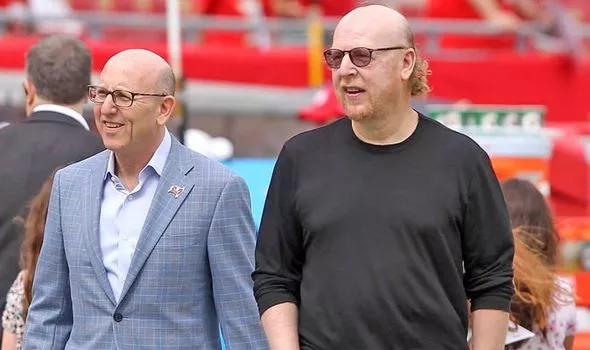 For many Manchester United fans, enough is enough. They want the Glazers gone from Old Trafford after 16 years where they’ve seen the club fall from Premier League champions to a far more inconsistent outfit. And, in 2018, the Americans held talks with a Saudi Arabian prince about potentially selling the club.

Sure, they’ve helped make them a global juggernaut of the game. They now have so many sponsors you’d struggle to fit them onto a single piece of A4 paper.

But for United fans, that’s not up to scratch. They want trophies, specifically the Premier League and Champions League titles.

They don’t want a Japanese tyre company, an association with dating website Tinder or anything else of the sort. It’s silverware, football, that makes them football fans.

Now, tempers are boiling over.

On Thursday, United’s Carrington training complex was attacked by enraged supporters. They came with flags and banners, determined to prove a point.

Ole Gunnar Solskjaer, being the gent he is, came out to talk them down. The Norwegian, it’s been claimed, backed Joel Glazer and insisting the American loved the club.

There is a real sense, however, that the Glazers could finally uproot and depart.

Call it wishful thinking, but the current situation means it’s impossible to envisage them still in charge years down the line. The decision to create the European Super League, and then backtrack, makes the situation untenable.

The Middle East based Prince was reportedly willing to pay a huge £3.5billion in order to take the club off the Glazers’ hands.

That would have meant the United owners making a profit, with the Americans previously paying £790m in 2005.

But the Glazers said no and have remained in charge of the Red Devils since.

Whether that now changes, however, is something only time will tell.

United fans aren’t likely to quieten down anytime soon. The creation of a new Super League was a kick in the teeth, only widening the gap between fans and the owners.

And the minute fans are allowed back into Old Trafford, things could yet worsen.

Solskjaer is likely to elaborate on the Carrington protests when he speaks to the media on Friday ahead of his side’s clash with Leeds United on Sunday.

But, whatever happens, it seems as though United are in line for a rocky end to the campaign.

Meanwhile, speaking on Monday Night Football just before United withdrew from the ESL, Gary Neville ripped into the Glazers and expressed a belief they should depart.

He said: "I feel slightly complicit, I've stayed pretty quiet in terms of the Glazers over the years.

“I’ve done that because I've thought when the club was taken over as a Plc you knew it could be bought. It was out of the control of players, fans and everybody.

"I believe in a free market, and I've always thought 'what's the answer to the Glazers? Who takes them out? Russia, China, state money for the £2-3 billion it would need?'

“We have got to come together. It might be too late, there'll be people at Manchester United, fans 15 years ago who will say it's too late.

“It's never too late, we have got to stop this. It is absolutely critical we do.

“But they can be beaten by Sheffield United or draw with Fulham. And they're trying to take that away to create franchise football. Never. It can never happen.

"These six owners, I hope they're panting hard and uncomfortable and their stomachs are churning.

“And the players who play for these clubs, I can't sit here and say to the players of Manchester United and Liverpool to go on strike, because it wouldn't be right.

"But lads, if you've got it in you, you can stop this. You can mobilise.

“And we must come together now, because this has been backed by six wealthy families, on the integrity of our national sport, and it must be stopped."