The French striker has been ruled out of United's upcoming games following a knee injury picked up on international duty with the worl... 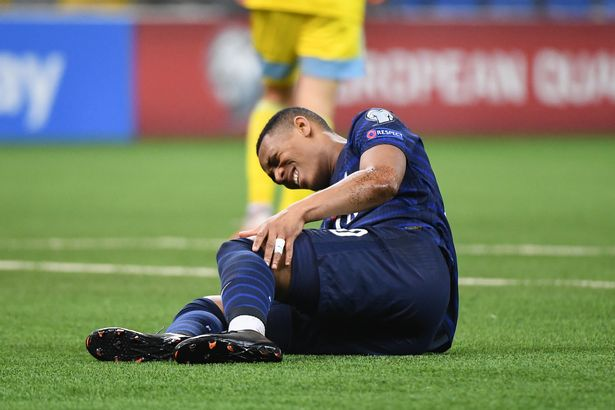 The French striker has been ruled out of United's upcoming games following a knee injury picked up on international duty with the world champions.

Manchester United are set to be without Anthony Martial for their next two matches following an injury picked up on international duty.

The French striker suffered a knock to the knee during the world champions’ 2-0 victory over Kazakhstan.

Despite trying to play on, the United striker was substituted in the second half and missed Les Bleus’ 1-0 win over Bosnia.

According to L’Equipe, the player is also unlikely to face Granada in the Europa League four days later.

“Hit in the left knee in the victory in Kazakhstan and he should not be able to play either this Sunday against Brighton and may be a bit tight for the quarter-final first leg of the Europa League in Granada,” they report.

Martial has struggled for goalscoring form this season at United, scoring just 7 times in 36 appearances in all competitions for the club

This latest injury comes as a further blow to the player who has also recently been out of action with hip trouble.

However, there is hope the injury isn’t too serious and the 25-year-old will be back in action for the trip to Tottenham next week.

“The French international striker, who underwent radiological examinations on Tuesday in Sarajevo, suffered from a small lesion in the head of the fibula,” L’Equipe added.

“Depending on the evolution of his injury, he should be able to resume the following weekend in the league against Tottenham.”