Manchester United are set to face Roma on Thursday evening, with both clubs hoping to earn a spot in the Europa League final.

Manchester United are set to face AS Roma on Thursday in the first leg of their Europa League semi-final clash. The Red Devils are looking to reach this year's final, but Roma will pose a stiff test for Ole Gunnar Solskjaer's side.

Express Sport takes a look at the Man Utd side that could line up at Old Trafford for Thursday evening's first-leg encounter.

Dean Henderson started United's early Europa League games but he has since displaced David de Gea as first choice in the Premier League.

As a result, De Gea started both of United's games against Granada in the quarter-finals.

The Spaniard kept clean sheets in the two matches and he is expected to continue against Roma.

Aaron Wan-Bissaka has started every single one of United's European games this season and that run is expected to continue against Roma.

Harry Maguire is available after being suspended for the sencond leg against Granada and the skipper will likely slot back in at centre-back.

Eric Bailly could partner him ahead of Victor Lindelof, having signed a new contract with the club earlier this week.

Left-back Luke Shaw is also back from suspension and appeared to confirm that he would start ahead Alex Telles, telling reporters: "Of course I want to be playing and luckily tomorrow I am. I am looking forward to it."

Solskjaer has favoured a midfield pairing of Fred and Scott McTominay this season and the duo are expected to line up alongside each other against Roma.

McTominay was also suspended for United's last European game but he is back in contention.

Bruno Fernandes is United's talisman and he has started every Europa League match so far this season.

That is likely to continue against Roma, with Solskjaer hoping the Portuguese superstar can provide some more magic.

Paul Pogba has thrived when played out wide and given more attacking freedom in recent weeks and that is set to continue.

Solskjaer has confirmed that Marcus Rashford is available for selection, saying: "We've managed Marcus and we've had to manage him quite a while actually. Last year with his back, then he had his shoulder, which he's recovered really well from, and I feel he's gone through the worst of this foot.

"He almost played a full game against Leeds and he's available for selection for tomorrow. He's happy with the progress he's made."

With Anthony Martial out injured, Edinson Cavani is expected to lead the line. 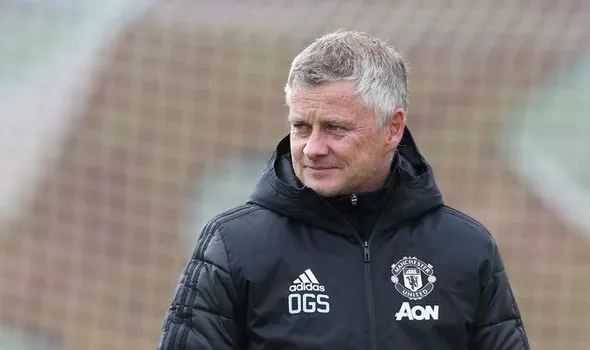