Man Utd team news: Rashford and Greenwood train ahead of Brighton clash but Martial and Lindelof are doubts

The Red Devils host the Seagulls in the Premier League on Sunday and Ole Gunnar Solskjaer's attacking line could be given a boost Marc... 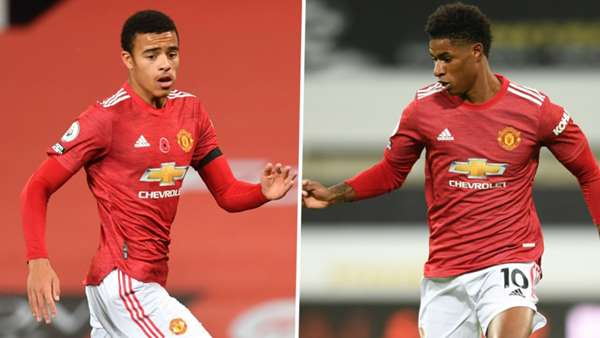 Marcus Rashford and Mason Greenwood could both return from injury for Manchester United against Brighton, but Anthony Martial and Victor Lindelof are doubts.

Both Rashford and Greenwood were forced to withdraw from international duty through injury, but trained ahead of the Premier League clash against the Seagulls on Sunday.

Martial, who picked up an injury while away on duty with France, did not train however and remains a doubt.

Manager Ole Gunnar Solskjaer said: “As always when you send them away on an international break, you keep your fingers crossed they'll be available for you.

"I don't know about Anthony, he didn't join in training this morning, but Marcus and Mason trained for the first time this morning and hopefully they can get through that with no reaction. If they complete the session tomorrow, they might be available for selection.”

Speaking to MUTV he added: “Neither of them [Martial nor Lindelof] trained this morning. We are still waiting for final confirmation on how they are.”

How is Solskjaer dealing with his goalkeeping dilemma?

While sounding optimistic in his injury news, Solskjaer would not divulge who would be playing in net for United on Sunday.

Dean Henderson started the last six games before the international break with David de Gea given personal leave to go back to Spain for the birth of his daughter.

With question marks over who will be first choice next season and just nine league games left this campaign, there will be scrutiny over who Solskjaer selects in the coming weeks. With a maximum of 14 games left this season, the United manager doesn’t have many opportunities left to work out who his No 1 is going to be.

“I understand the question and the narrative in the media, that where there's potential tension and controversy, that's where everyone wants to hear a comment from me,” Solskjaer said.

“I've got great options, they are top goalkeepers but both of them want to play as much as possible and that will be decided on merit, we will have to think who's going to give us a win on any given day.

“With Dean and David, same again, the two keepers will probably be needed in these last nine plus hopefully five more games and both of them know we value them both really highly.