Man Utd team news update: Solskjaer could be without 7 players for Granada clash

Manchester United could be without seven players for their Europa League second leg clash with Granada. See the latest team news here. Man... 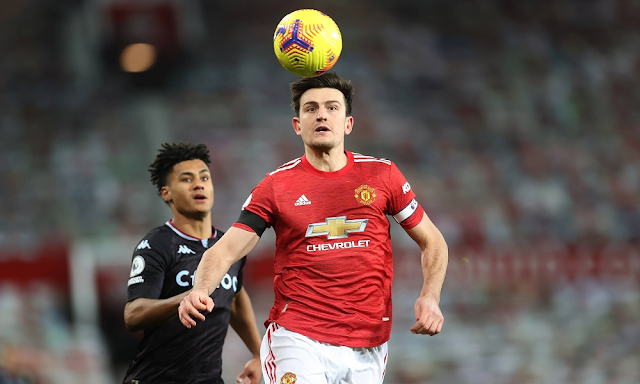 Manchester United could be without seven players for their Europa League second leg clash with Granada. See the latest team news here.

Manchester United will be looking to finish the job against Granada when they entertain the La Liga outfit at Old Trafford on Thursday night.

The Red Devils put one foot in the semi-finals of the Europa League with a 2-0 quarter-final first leg victory in Spain last week but Ole Gunnar Solskjaer could be without seven players for the return leg tomorrow.

Man Utd are certain to be without three important players as Luke Shaw, Harry Maguire and Scott McTominay will all serve one-match suspensions after receiving yellow cards in the first leg last week.

Alex Telles is expected to come in for Shaw at left-back while Axel Tuanzebe may have to partner Victor Lindelof in the middle of defence in Maguire’s absence as two other centre-backs are also set to miss the game.

Eric Bailly is expected to miss out once again tomorrow having missed United’s last three game after testing positive for Covid during the international break in March while Phil Jones won’t play again this season due to a long-term knee injury.

United have concerns in attack, too. Daniel James was forced to sit out Manchester United’s impressive 3-1 win at Tottenham Hotspur on Sunday after picking up a knock in training so he remains a doubt to face Granada at Old Trafford.

With Anthony Martial expected to miss the remainder of the season with a knee injury, it means Solskjaer could be without a total of seven players for the Europa League second leg tomorrow night.

Despite the lengthy absentee list, Man Utd will still be able to field a strong side with the likes of Donny van de Beek, Nemanja Matic, Mason Greenwood, David De Gea and Juan Mata all pushing for recalls along with Telles and Tuanzebe.

Therefore, Solskjaer should be confident of finishing the job on home soil with a positive result against Granada to book Manchester United’s place in the last-4 of the Europa League.