Rashford has been battling a foot problem since early March (Photo: Getty) Ole Gunnar Solskjaer has no fresh injury concerns to contend wi...

Manchester United have no fresh injury concerns as they prepare to face Roma in the Europa League semi-finals.

Having battled through a 0-0 draw with Leeds on Sunday, manager Ole Gunnar Solskjaer confirmed he has a fully fit squad from which to choose aside from long-term absentees Phil Jones and Anthony Martial.

“They’re all fit and available, we didn’t lose anyone from the last game, which was good,” Solskjaer told the United website on Wednesday.

“It was a hard-fought game of course against Leeds, high intensity. We’re ready and we’ve had good preparation for the rest of the season.”

United have also been boosted by the availability of Marcus Rashford despite an ongoing issue with his foot.

The 23-year-old forward has not completed a full 90 minutes since a 1-0 victory over West Ham on 14 March and sat out the quarter-final second leg against Granada altogether.

“We have managed Marcus and we have had to do it for quite a while,” Solskjaer added. “I feel he’s gone through the worst now. He’s available for selection tomorrow, he’s happy with the progress.”

With Rashford likely to get the nod on the left side of a front three and Martial absent, Edinson Cavani is expected to lead the line having been rested against Leeds with Mason Greenwood and Dan James fighting for the slot on the right.

Bruno Fernandes appears to be a nailed on starter at No 10 with Fred, Scott McTominay and Paul Pogba fighting over the two positions at the base of midfield.

While Eric Bailly is available after signing a new contract in midweek, Solskjaer is likely to continue with his settled back four.

Who he selects as goalkeeper is less certain, however, with David de Gea and Dean Henderson both vying for a start.

“I’m probably the luckiest manager in world football,” Solskjaer added. “Both [keepers] have had 20+ games this season, our clean sheet record is great and both Dean and David want to lift the trophy. Whoever we go with has the support of his team-mates.”

Ole Gunnar Solskjaer has been forced to apologise to Roma after being accused of disrespecting the Italian club ahead of Manchester United’s Europa League semi-final meeting on Thursday.

Fans took exception to the United manager’s post-match interview after they beat Granada in the last eight.

Solskjaer admitted he had not watched Roma at that point – a comment which supporters interpreted as a snub and led to them putting up anti-Solskjaer banners around their own training ground on Wednesday.

Solskjaer said: “Of course, that was straight after the game and with all the games we’ve had I was just relieved we’d gone through.

“Of course I’d watched them but hadn’t analysed and hadn’t seen them in depth to give them enough respect, probably.

“It’s a fantastic club with a great history. I’ve actually got two prized possessions back home, a Totti shirt and a De Rossi shirt that I’ve swapped with them and they’re actually signed, so I know about the history, I know about the quality.

“We have analysed them down to the ground since we drew them. We are ready for them. It was not meant as any disrespect, I think everyone knows that. I’ve got loads of respect for them.”

Solskjaer and United find themselves in the semi-finals of a major cup competition for the fifth time in a little over 12 months – but have yet to win any, a record he is keen to improve.

He said: “It will be a dream come true the day I can lift a trophy for this club as manager, of course.

“That’s what we’re building for. We’ve been told we’re building step by step, taking the next step, it’s ifs and buts and this and that and you always talk about that.

“Now with the motivation of having those disappointments, I feel very confident we get a good performance. You come to a situation like this, the team’s in good form, it’s comfortable and you just then hope we can produce on the night.”

United have their first home fixture tonight since the club became embroiled in the controversy over the doomed European Super League although Solskjaer insisted the fiasco has not damaged his relationship with club owners the Glazers.

He said: “I’ve had a very good relationship with the owners and with the club, they’ve employed me as manager, they listen to my views.

“It’s my job to give my opinion and do the best for the club and for them. I’ve had so many years at the club, I’m looking forward to trying to bring success to the team. That’s my focus. Bringing fans, players and the club together, it’s very good.” 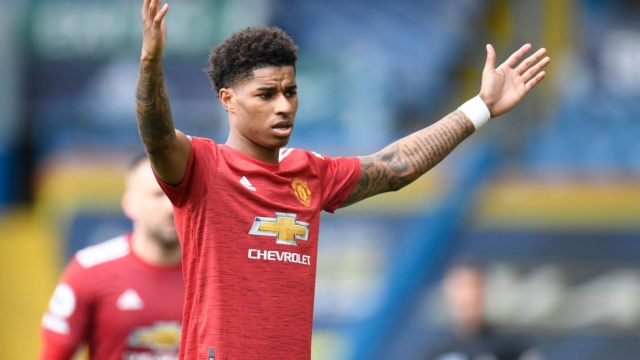