Manchester United have several areas they are set to target in the summer transfer window.

The Red Devils endured a poor period of recruitment before this season got underway so are making up for lost time.

Ole Gunnar Solskjaer is looking to add a centre-half, a striker and a winger to his squad.

Edinson Cavani could yet quit Old Trafford leaving a huge hole in their attacking resources.

A summer move for Ousmane Dembele could be on the cards as his contract winds down, although Jadon Sancho has long been their No 1 target.

Here are the latest transfer rumours from Old Trafford.

Dembele's future at Barcelona continues to hang in the balance.

Sport claim that there has been no progress in contract talks as the Catalans look to extend his deal.

The forward will be out of contract in 2022 and the Spanish giants are fearful of him leaving on a free.

United were linked with Dembele last summer and remain in the market for a winger ahead of the summer transfer window.

Ole not worried about public Pogba

Solskjaer is not concerned about Paul Pogba's contract talks potentially going public in a new documentary featuring the midfielder.

The Frenchman's future has long been a source of speculation as he continues to be linked with a United exit.

“Paul has been in the spotlight ever since he started at Man Utd, so I don't see a problem with it," he explained to reporters when asked about the documentary project.

“Paul's main focus is to get as much out of his career as possible.

“He wants to be the best player he can be and he wants to win as many trophies as possible.

United are leading the chase for Metz youngster Pape Sarr according to The Sun .

The 18-year-old has been a menace at the base of midfield - an area in which the Red Devils are looking to bolster.

Sarr won his first cap for Congo last month as his stock continues to rise with Nice heavily linked with the teenager.

Metz coach Frederic Antonetti was asked about Sarr's future last week and said: "We already have a lot of players who are in demand for the future." 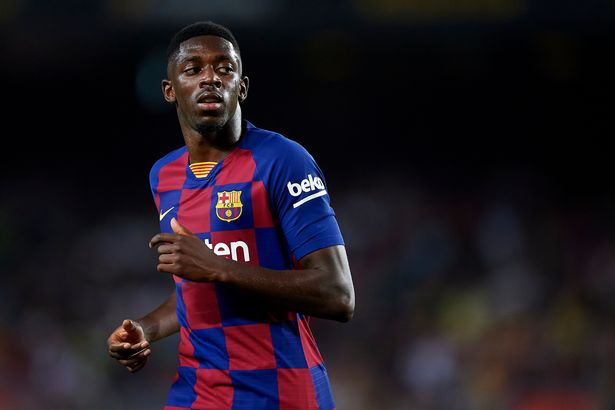