Manchester United midfielder Fred is looking forward to going up against Leeds on Sunday, labelling the rivalry between the two teams an "English football Clasico".

The Red Devils are unbeaten in their last 12 Premier League games and they will be looking to continue that form when they take on Leeds, who are on an impressive run themselves

Marcelo Bielsa's side are unbeaten in their last five, a run which includes draws with Chelsea and Liverpool and a 2-1 win over league leaders Manchester City.

Speaking to United's official website ahead of their clash with Leeds, Fred said: "Definitely, it's an English football Clasico. We get a feel for this anticipation from social media.

"The fans are excited about this game, as are we of course. We haven't had a midweek game this week, so the anticipation for the next game increases and it's a derby game against a massive rival.

"It'll be a really tough game but we'll be preparing well for it this week."

The Red Devils defeated Leeds 6-2 in the reverse league fixture at Old Trafford, with Scott McTominay, Bruno Fernandes, Victor Lindelof and Daniel James all getting on the scoresheet for United.

When asked if he felt that win was United's best display from the current campaign, Fred replied: "I don't know if it was our best performance of the season, [but] 6-2 was a great result of course. I think we've had better performances this season.

"Scott's two goals very early on helped us to control the game, but they're very difficult opponents playing with such high intensity, they're very strong and always looking to attack.

"We're prepared for this, we know how they play and we'll aim to be at our very best to get the win."

United's trip to Leeds will be the first time they have visited Elland Road in over 17 years. 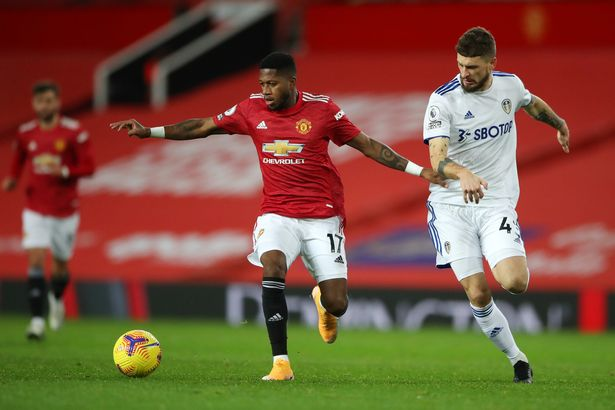