David de Gea put footballing concerns to one side on Monday as he ventured out in leafy Cheshire with partner Edurne Garcia and their newbor... 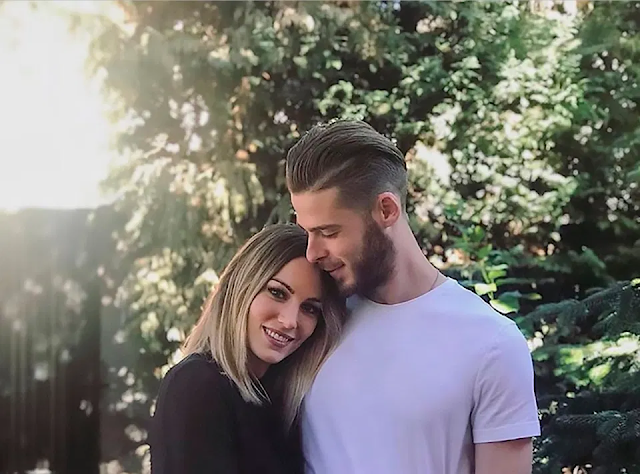 David de Gea put footballing concerns to one side on Monday as he ventured out in leafy Cheshire with partner Edurne Garcia and their newborn daughter Yanay.

The Manchester United goalkeeper was making his first UK appearance with the six week-old baby - his only child with the Spanish singer - since her birth in Madrid on March 7th.

Looking relaxed in a baseball cap and grey hooded top, de Gea, 30, walked two paces behind Edurne, 35, as she pushed their baby daughter in a £1,500 state-of-the-art pram.

Edurne had previously shown off her daughter's new pram, a top of the range Cybex, while posing with family dog Maxto in an Instagram post on Sunday.

It's understood that the pram was a generous gift from her parents following the birth of her first child with Spanish football ace de Gea.

De Gea has resumed his footballing commitments with Manchester United and the Spanish national team following the birth of his daughter at Madrid's Ruber International Hospital.

The goalkeeper had previously travelled back to his home country to be wit pop star partner Edurne as she prepared to give birth.

De Gea, who has been dating Edurne since 2011, announced the birth of his daughter via social media by sharing a sweet picture of Yanay's hand.