Man Utd are allowed to amend their 'B' list for the UEFA competition and have made the change ahead of the Granada fixture. Manche... 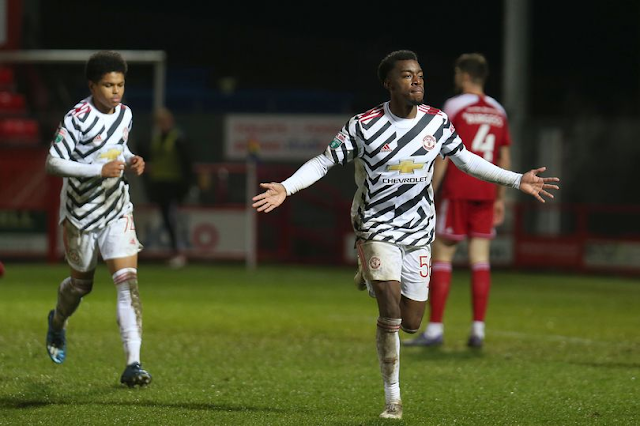 Man Utd are allowed to amend their 'B' list for the UEFA competition and have made the change ahead of the Granada fixture.

United are allowed, under UEFA rules, to add homegrown players to their 'B' list for the European competition and Swedish striker Elanga has been officially registered this week. He could play a part in the Europa League quarter-final clash with Granada, the first leg of which is in Spain on Thursday night.

The 18-year-old can operate out wide or through the middle in attacking positions and has caught the eye for United's Under-23s this season.

Elanga won the prestigious Jimmy Murphy Young Player of the Year award at United last season and has led the line for Neil Wood's U23s this term, scoring six goals from 12 games in the league and two from four in the EFL Trophy.

He has recently returned from a collarbone injury, and is fit to play a part for Ole Gunnar Solskjaer's first team if needed. He trained with the first team on Tuesday.

Solskjaer's side have suffered injury issues of their own lately, with Marcus Rashford missing international duty with England and then coming off in United's 2-1 win over Brighton on Easter Sunday. Anthony Martial missed the game — and could miss the rest of the season — with a knee problem.

Edinson Cavani started against Brighton but has struggled to string consistent games together this season due to various issues.