Manchester United and Chelsea are reportedly both chasing a transfer deal for Real Madrid ace Lucas Vazquez. The 29-year-old is a free agent... 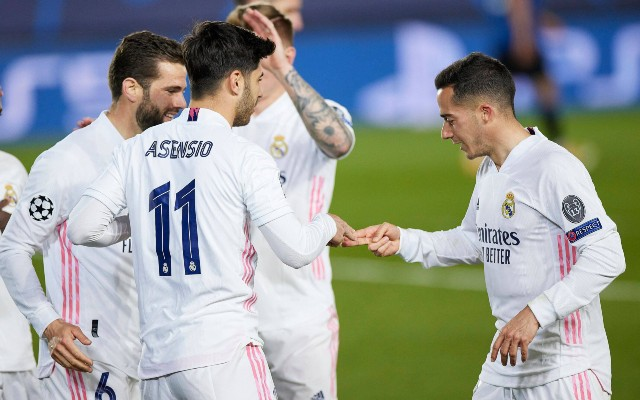 The 29-year-old is a free agent at the end of this season and it seems he won’t be short of big offers from around Europe this summer.

According to ABC, both Man Utd and Chelsea are among the sides to have offered Vazquez a contract, with the Spaniard perhaps likely to be tempted as they’re both willing to sign him for four years.

That could give Vazquez the last big contract of his career, but the report also links him with the likes of Bayern Munich and AC Milan.

It will be interesting to see where the player himself decides to move to next, but he could undoubtedly do a job for United and Chelsea.

Vazquez can operate at full-back, wing-back, or on either flank, so that versatility could see him come in as a useful squad player for the Red Devils or the Blues.

Both clubs will want to improve after disappointing seasons, with Vazquez perhaps ideal to give United a more attacking option at right-back, plus more depth in the wide-forward roles.

Chelsea, meanwhile, could also benefit from having someone to provide Reece James with more competition, while Callum Hudson-Odoi has been a makeshift wing-back in some games.

Vazquez also has plenty of top-level experience after playing his part in La Liga and Champions League victories in his career at the Bernabeu.