Manchester United boss Ole Gunnar Solskjaer continued his impressive record against the ‘top six’ on Sunday, as his side ran out 3-1 winners... 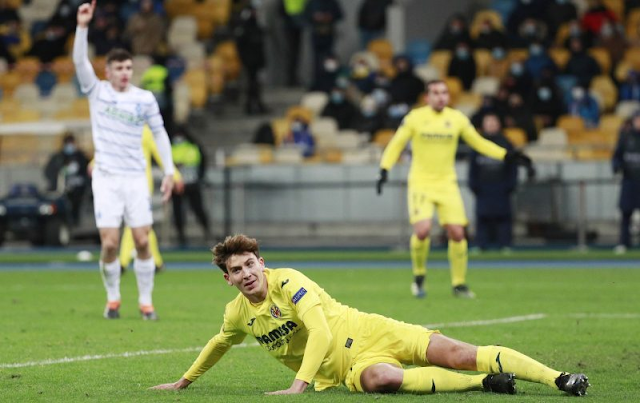 Manchester United boss Ole Gunnar Solskjaer continued his impressive record against the ‘top six’ on Sunday, as his side ran out 3-1 winners over rivals Tottenham.

Solskjaer’s side had gone behind in the first-half, but goals from Fred, Edinson Cavani and Mason Greenwood gave them victory and moved the a step closer to Champions League qualification.

It appears that plans are already being made for next term, with AS reporting that United are ‘obsessed’ with the prospect of signing Villarreal defender Pau Torres.

The report suggests that United are one of a number of clubs chasing the defender, however his club are not keen on letting him go and a deal may be harder to do than first thought.

Bayern Munich and Real Madrid are among the other clubs rumoured to be interested in the player, who has impressed in La Liga this term.

The report does, however, deny rumours that a deal has already been agreed in principle, and also rubbishes reports that Torres’ agent has already accepted Old Trafford as his next destination.

The player has a release clause in the region of £45 million, which increases in the final two weeks of the transfer window meaning that United will be keen to get a deal done as soon as possible.

Spain international Torres, who is tied down to a contract until 2024, is one of a number of targets being lined up by United to partner Harry Maguire in the long-term.

It’s thought that Ole Gunnar Solskjaer doesn’t see Victor Lindelof or Eric Bailly as the answer to his problems, while forgotten man Phil Jones is expected to depart in the summer.

Solskkjaer is therefore desperate to recruit a central defender, and Torres remains top of their list of targets.