Manchester United are reportedly confident they can clinch the transfer of Borussia Dortmund winger Jadon Sancho on the cheap this summer.... 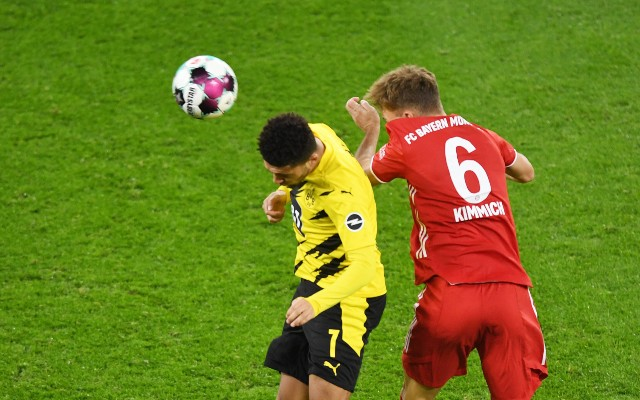 Manchester United are reportedly confident they can clinch the transfer of Borussia Dortmund winger Jadon Sancho on the cheap this summer.

The England international is a target for both Man Utd and Liverpool, CaughtOffside understands, and it seems there may be growing optimism within Old Trafford about getting this deal done.

According to 90min, United are long-term admirers of Sancho and believe they may be able to get him for as much as half the price he was going for last summer.

Dortmund have financial troubles due to the coronavirus pandemic and may also be under even more pressure to sell their star players if they miss out on qualification for next season’s Champions League.

One imagines some within the Bundesliga giants might favour letting Sancho go if it means they can keep hold of Erling Haaland for another season.

Both these players are world class attackers and are likely to have plenty of suitors in the next transfer window, and it would be exciting to see either of them in the Premier League.

United could definitely do with a talent like Sancho to give them more spark up front, with Anthony Martial struggling for much of this season while Mason Greenwood has also been a bit more inconsistent than last year.