Manchester United fans have found themselves singing the praises of Jesse Lingard once again following another starring performance on Sunday.

The England international has been rejuvenated since joining West Ham on loan in January, securing a long-awaited rise back into Gareth Southgate's set-up ahead of the European Championships this summer.

Now established as one of the Premier League's most in-form players, Lingard is leading West Ham's drive for a surprise spot in the top-four and potentially into the Champions League next season.

Lingard's form has been a talking point amongst United fans ever since he found his feet in east London, with questions being asked as to why that sort of form was not seen at United.

Having not found a spot in Ole Gunnar Solskjaer's side, Lingard is now a key player for David Moyes' Hammers and has starred in his displays.

Following his latest haul of two goals, plenty of United fans took to social media to hail the performance of their academy graduate.

Declan Rice and £30m and West Ham can keep Lingard.#MUFC

Lingard has set us up well here! A win today and we basically secure a champions league place#mufc

We have to use Lingard to get Rice don't we? They want him just as much as we want Rice, interesting position to find ourselves in #MUFC

Messi Lingard is bringing his transfer fee up and up with every goal. Love it! #MUFC

Lingard is giving United some thinking to do in the summer. He’s been outstanding since going to West Ham #MUFC

Lingard's remarkable form has seen him score or contribute an assist in almost all of his appearances for the Hammers, with the exception being a goalless draw against Fulham in his second game for the club. 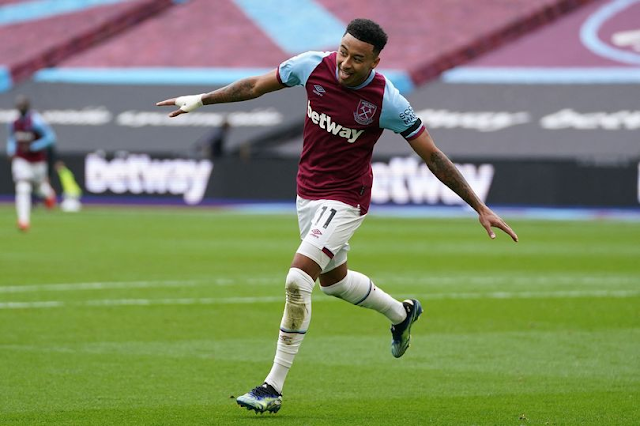