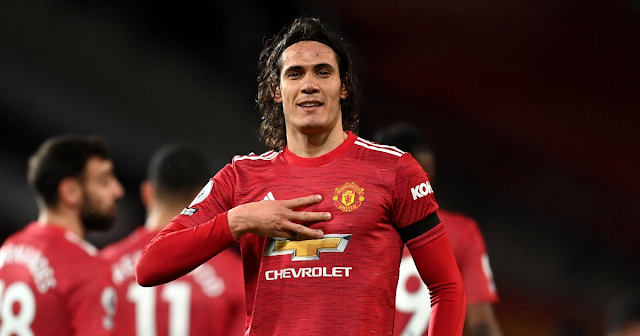 Manchester United are determined not to leave it late to sign a replacement for Edinson Cavani should the 33-year-old leave Old Trafford this summer, according to reports. The Uruguay international has scored eight goals for the club so far this season. But talk of a move to Boca Juniors is rife ahead of the summer transfer window.

Manchester United had hoped to recruit Jadon Sancho back in the summer.

However, after Borussia Dortmund demanded a huge £100million fee for their prized asset, they ended up swooping for Cavani instead.

The 33-year-old has been a good asset at Old Trafford, taking his goal tally to eight with a flying header against Tottenham in their Premier League clash on Sunday.

But United are at genuine risk of losing the veteran, with Boca Juniors eager to snap him up.

And, now, The Athletic say the club have agreed internally not to wait until the very last minute when it comes to replacing Cavani. 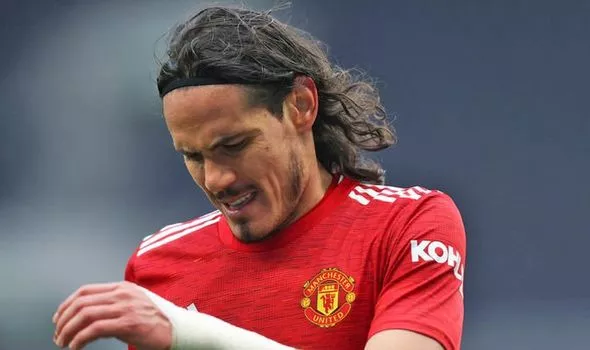 United don’t want to leave things late again, having done so in the past.

They panicked with the signing of Radamel Falcao back in 2014, bringing the Colombia international to Old Trafford in a dramatic deadline day deal.

And it was a similar situation when Odion Ighalo touched down from Shanghai Shenhua in January 2020, arriving with mere hours of the transfer window remaining.

United don’t want a repeat of that.

And that suggests they’ll attack the signing of a new striker with vigour, especially should Cavani leave the club behind.

Erling Haaland appears to be their preferred target, with the 20-year-old scoring 31 Bundesliga and Champions League goals for Borussia Dortmund this term.

But Harry Kane is also on their radar, even if signing him from Tottenham will be difficult.

Meanwhile, Ighalo has revealed he thinks Cavani should stay at Old Trafford - though admitted he’d respect any decision made by the former PSG and Napoli star.

“Every player has a different ambition, different needs, and needs to decide what they have to do,” he said.

“He’s a good player and a good striker, there’s no doubt about that and if the opportunity comes up to go somewhere else, then that’s fine.

“But for me, this is the team I have supported from being a child so I would always take the option of staying.

“Whatever decision he makes though, I wish him all the best and good luck to him.”

United legend Gary Neville also thinks his old side would be wise to retain Cavani’s services.

"Tottenham had a throw with two minutes to go, and Cavani was moving between the centre-backs trying to stop the ball from being thrown in, and he's organising where [Mason] Greenwood should be. I thought: 'Greenwood needs another year of Cavani being alongside him’” he said.

"It inspired us as young players when you saw great players like Bryan Robson and Steve Bruce and Eric Cantona and Mark Hughes.

“And you see the best players in the world, or those who have been the best in the world like Cavani, doing his work like that in the 94th minute, someone like Mason Greenwood, who needs people who are mentors, good standards above him, who can coach him on the pitch. I just thought him and Marcus Rashford need another year of Cavani.

"He's been a really brilliant example. I was a little bit nervous of him coming in, because of Falcao, Alexis Sanchez, showcase signings. This one has been different. He's really applied himself brilliantly and has been a big help to Manchester United.

"He does the right things. The right movements. It's clockwork, that run across the defender, across the near post, the one you're always trying to get young strikers to do."

United are next in action against Granada on Thursday night.

And they go into that match hoping to make the semi-finals of the Europa League for the second season in a row.

They fell at that stage last term, however, losing 2-1 to Sevilla on a chastening European night.