According to Football Insider, Manchester United lead the clubs interested in Aston Villa star Emiliano Martinez, with a Villains source a... 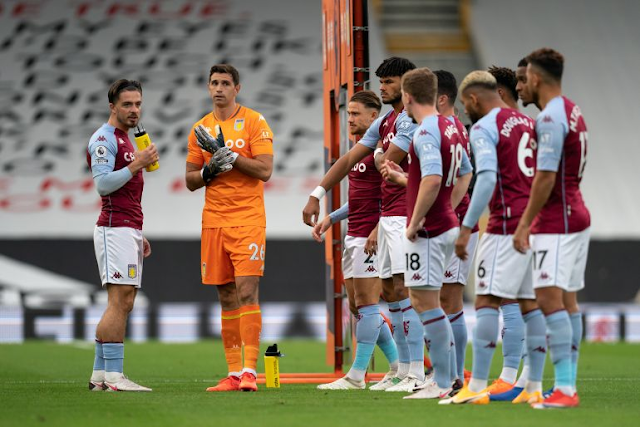 According to Football Insider, Manchester United lead the clubs interested in Aston Villa star Emiliano Martinez, with a Villains source admitting the club are expecting a ‘monster’ summer offer for the ace.

This comes after Football Insider reported that the Argentine graduate of rivals Arsenal tops the Red Devils’ goalkeeper shopping list.

The 28-year-old has been solid between the sticks after taking the difficult but right decision to leave Arsenal after a decade at the club for an initial fee of £17m in a deal rising to a potential £20m.

Football Insider add that United have been keeping a close eye on the man bound to win a senior cap for Argentina when international football for South American nations returns.

Martinez will be a sure-fire contender to be named as the stopper in the PFA’s Team of the Year and all other honours of its nature after a remarkable debut campaign with the Villains.

The ace has kept 14 clean sheets in 30 top-flight appearances this season, joint-second with Edouard Mendy behind Manchester City stopper Ederson, whom he holds two games in hand over.

Football Insider report that United’s recruitment team have already started the process of sourcing the two stoppers they’re eyeing, with a ‘significant budget’ set aside for the deals.

Martinez has built on what was really his first ever season as an important member of Arsenal’s first-team. The former loan army soldier hasn’t looked back since he stepped in for an injured Bernd Leno.

The summer move to Villa has worked a treat for Martinez, he proved in the run-in of 19/20 that he was a starting level keeper in the Premier League and he’s now kicked on even further with the chance at Villa.

United would certainly need goalkeeping additions with Romero on the way out, as well as homegrown quota hitter Lee Grant being out of contract this summer, but Martinez is a fairly intriguing choice.

Whilst the Argentine’s quality is no longer in doubt, Dean Henderson is just 24 and starting to assert himself as a solid keeper, should the Red Devils really invest in someone like Martinez only for one of two high-value stoppers to end up as a second-choice?

Not just because of his ties to Arsenal – the club he joined as a kid from his homeland, as he could find himself in a situation where he’s playing second fiddle again, like he was to Leno.