Sima, 21, scored four goals during Slavia's Europa League run - including their clincher in the 2-0 win at Leicester - and has tallied 19 goals in 35 appearances this season. He is contracted to Slavia until 2024.

The Manchester Evening News understands if Slavia cashed in on Sima this summer he would be eligible for a governing body endorsement. Players must obtain a GBE from the Football Association before they can play for a new English club.

Sima attained his first Senegal cap against the Democratic Republic of Congo last month and has started 29 times for Slavia this season. He was an unused substitute in their 4-0 thrashing by Arsenal in the Europa League semi-final second leg two weeks ago.

The Senegalese has primarily played from the right-hand side for Slavia but sources expect Sima to develop into a centre forward. United signed right-sided forwards Amad and Facundo Pellistri in the summer transfer window last year.

United's interest in Sima is part of a new recruitment strategy in targeting the highest-rated teenagers around the world, having previously preferred to focus on long-term targets aged between 23 and 28.

Pellistri, on loan at La Liga side Alaves, turned 19 in December and Amad is 18. United explored the possibility of signing the 19-year-old Ecuador midfielder Moises Caicedo in January until they withdrew due to the interference of intermediaries.

Amad, a scorer in United's 1-1 draw with AC Milan last month, is yet to make his full debut for the club since signing from Atalanta for a fee rising to £37million. Pellistri was a £9m buy from Penarol. 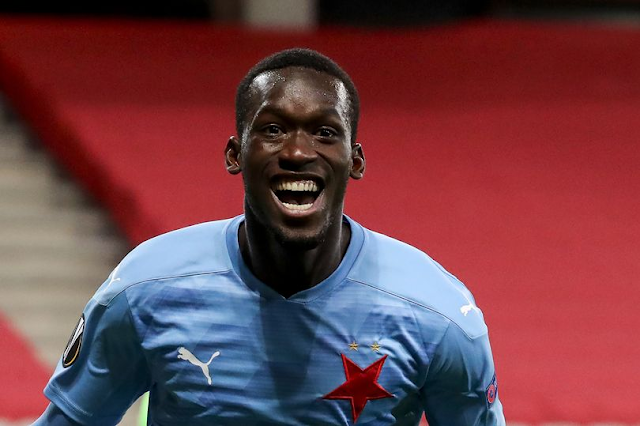