Paul Pogba is out of contract at Manchester United next year (Picture: Getty Images)

Paul Pogba’s current contract at Manchester United expires in the summer of 2022 and Lee Sharpe has urged his former club to hand him a new deal, as long as he truly wants to stay.

The Frenchman has had an up-and-down time at Old Trafford since arriving back at the club from Juventus back in 2016.

He has struggled with injuries at times and has rarely been able to put together a lengthy run of form, not really living up to his near £90m price tag.

However, when he is playing well he is a sensational player and Sharpe admits he is a fan of the midfielder, who has played 35 times this season in all competitions.

The England international sees the World Cup winner as a great asset to the squad, if he is fit, and well worth keeping hold of if his heart is in Manchester.

‘I’m a bit of a Paul Pogba fan if I’m in honest. I love him, love watching him. I think he’s a class above most players in the Premier League when he’s on his game,’ Sharpe told the Mirror.

‘If we can get him fit and keep him fit and give him a run in the team I think he’ll win games for you. I know defensively he’s a little bit lacking at times but I think sometimes the greatest players that go forward and create for you are not great defensively.

‘So I think you need to put players around them to protect against that. But going forward he’s the type of player who gets in situations, takes defence into attack, goes past people, we’ve seen he can score goals and create goals, a wonderful player.

‘If Paul Pogba’s heart is at Manchester United I’d be trying my best to get him a new contract before the end of the summer.’

Pogba’s agent, Mino Raiola, has suggested his client wants to leave the club, while the Frenchman has refuted those claims, so whether he will be looking for a new club in the summer or not is unclear.

If it turned out the midfielder is keen to move on then Sharpe suggests the Red Devils should get a transfer made as quickly as possible in the summer so they can move on with a new signing at the earliest opportunity.

‘I think if he doesn’t want to sign and his head has been turned to go elsewhere then I would sell him right at the start of the summer so I’ve got all summer to find a replacement and go and get another world beater, but for me I’d try and keep him at the club,’ said Sharpe. 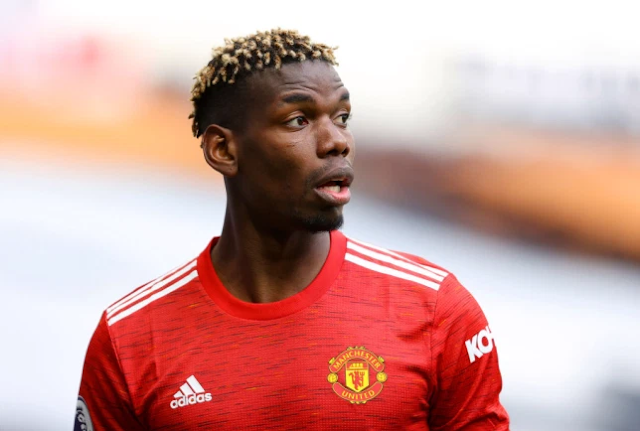