The United players train ahead of facing Leeds on Sunday This has been Manchester United's first free midweek this season but given th...

This has been Manchester United's first free midweek this season but given the emotional turmoil that's engulfed the club this week they might not feel as fresh as they'd hoped for at Elland Road on Sunday.

While the disastrous flirtation with the European Super League was nothing to do with Ole Gunnar Solskjaer and his players, it's been impossible for them to ignore the fallout in a week that has shaken football to its core.

Having waited six months for a free midweek to finally get a good block of training in, Solskjaer has seen the build-up to the trip to Leeds derailed by off-field issues. While he and his players will have had held discussions over the European Super League and whether to take a stand or not against their club will have taxed minds, Solskjaer then had the issue of protesters against the Glazers gaining access to Carrington on Thursday morning.

So it's not exactly been a smooth build-up to United's return to action this week and not the kind of peaceful week Solskjaer would have envisaged when the relentless schedule facing his team finally eased up.

It's been such a chaotic week that the football has been played this week has almost felt like a sideshow, although one significant result did go against United when Manchester City edged past Aston Villa on Wednesday.

That took City's lead at the top of the Premier League table to 11 points, although United's trip to Yorkshire on Sunday is their game in hand, making a win absolutely essential.

Indeed, United have to screw their heads back for another significant week in their season. Clearly, time is running out to reel in City, but Solskjaer will want his side to make their rivals work for the title, rather than gift-wrapping it for them again. That means winning at Elland Road to bring the gap back to eight points with five games to play.

The following weekend City play first again and could push that gap back out. United could do with a favour from Crystal Palace, but their own clash with Liverpool at Old Trafford will hold plenty of significance still. United can damage their rivals' hopes of a top-four finish and also send out a message that it's them, not Jurgen Klopp's side, who are City's most likely challengers next term. Many pundits expect a response from Liverpool, but if United can beat them again it will be a significant feather in the cap of Solskjaer's side.

Either side of those Premier League games is the first stage of United's latest attempt to claim a trophy under Solskjaer. After four semi-final defeats so far they really need to banish those demons against Roma in the Europa League. To fall at this hurdle for the fifth time in two seasons would be another significant blow to the development of this side.

While the lack of crowds certainly dilutes home advantage, the away goals rule remains in place so a first leg at Old Trafford is still crucial. If United can get a lead against the Serie A side then they will be confident of reaching the final in Gdansk given their outstanding away record.

After a week that has dragged them into unchartered and unwanted waters, Solskjaer's squad will be happy to be back on a pitch and letting their feet do the talking. If they can do so with a perfect week then it will be just the tonic to the ESL sideshow. 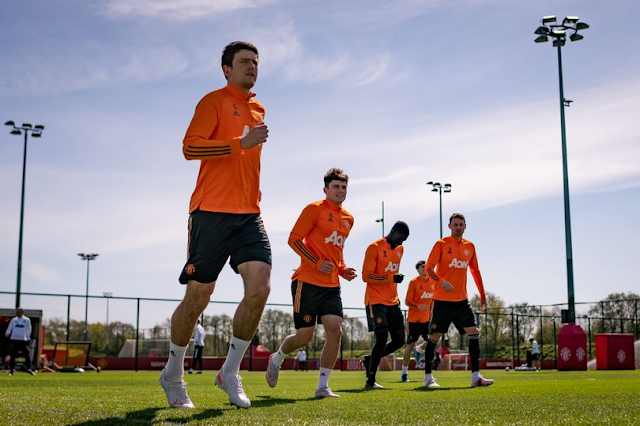