Manchester United midfielder Donny van de Beek has struggled since his arrival from Ajax back in the summer transfer window.

Manchester United tried to use Donny van de Beek in a swap deal with Roma for Nicolo Zaniolo, according to reports. The two teams are primed to face off in the first leg of their Europa League semi-final on Thursday night. And it promises to be a blockbuster showdown at Old Trafford.

Manchester United thought they were onto a winner when they signed Van de Beek in the summer.

The 24-year-old had sparkled at Ajax and, after failing to move to Real Madrid, decided to chance his arm in the Premier League instead.

However, so far, Van de Beek’s time in England is yet to work out.

The Netherlands international has spent the majority of his time in England stuck behind Bruno Fernandes in the pecking order, with the Portugal international virtually impossible to oust.

That’s led to talk that Van de Beek may be cut loose by United come the end of the season, especially given Ole Gunnar Solskjaer’s desire to strengthen his squad.

And it’s claimed by Roma News that United tried to sign Zaniolo from Roma by using their midfielder as bait.

Yet it’s suggested this will be difficult, with the Dutchman seen as an ‘unattainable dream’ due to his high salary.

Whether United try to use Van de Beek in negotiations with other transfer targets remains to be seen, with Borussia Dortmund thought to be admirers.

Solskjaer would love to sign Erling Haaland from the Bundesliga side, while interest in Jadon Sancho hasn’t completely died down.

So it’s feasible Van de Beek’s name will come up in negotiations for either of the pair.

Haaland, Sancho and Zaniolo aren’t the only players on United’s transfer wishlist, either.

And they’ve also been tipped to go after Declan Rice, who has flourished for West Ham by helping them dream of a place in next season’s Champions League.

“Donny scored some absolute crackers when we were all back in training on Friday,” said Solskjaer.

“He scored some absolute top, top goals that I’d be really proud of myself and it’s done him the world of good, going away and scoring a goal for Holland.

“We hope we can see a lot of that for the next eight weeks of the season and then to kick on again.

“Sometimes it’s natural that if you don’t play and have injuries you lose a little bit of confidence and spark.

“Then you go away with your national team and feel good. I can talk from my own experience, sometimes I went back to play for Norway and you get the feel about yourself better.”

“He's just focusing on his recovery on his ankle, and it's not true that he asked Man Utd to leave,” he said.

“His agent also told me that of course he's not happy that he's not playing. He's only had two starts under Solskjaer and that's not what he hoped for when he joined Man Utd.

“He has to have a review after this year, asking where do I stand? Do I have a possibility to succeed here or not? Otherwise, I have to make a move.

“We will see where he's heading next year, maybe he stays at Man Utd or maybe another club is interesting for him.

“But he's not panicking at all, he told the manager he's so happy at Man Utd because the club is one of the best in terms of how they treat him, he feels loved.” 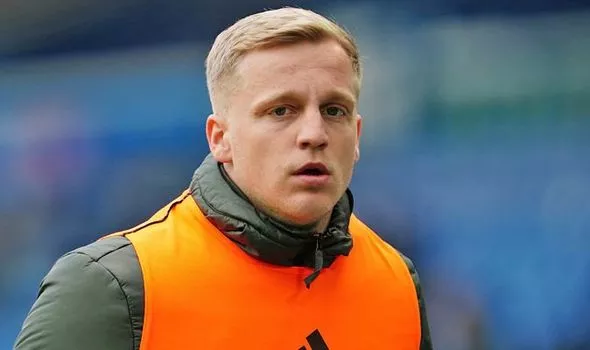