Manchester United have been dealt a big blow in their search for a right-winger with Ousmane Dembele looking likely to stay at Barcelona. ... 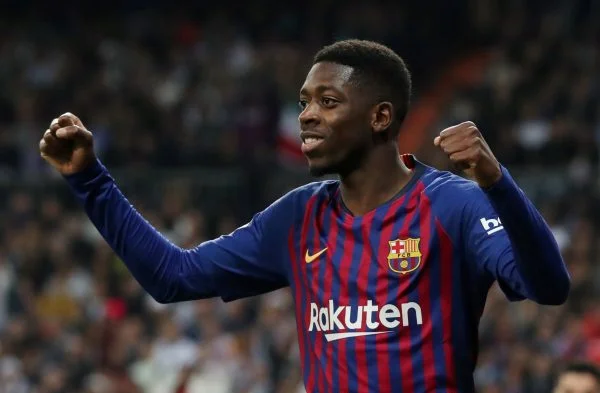 Manchester United have been dealt a big blow in their search for a right-winger with Ousmane Dembele looking likely to stay at Barcelona.

The Red Devils have consistently been linked to the Frenchman in the past as an alternative to Borussia Dortmund’s Jadon Sancho.

Even recent reports from Mundo Deportivo have suggested that Ole Gunnar Solskjaer’s men are at the front of the queue for the Barcelona wideman.

However, Barca Head Coach Ronald Koeman has scuppered any chances of Dembele moving to Old Trafford, with Dutchman stating that he would like the Frenchman to stay at the Nou Camp.

It is of course a considerable blow to Manchester United in their pursuit of a winger.

Dembele, rated at £45m, has been with the Catalans since a 2017 move from Borussia Dortmund.

In the time since, he has made 110 appearances for the Spanish giants, scoring 29 goals and providing 20 assists at a rate of a goal contribution every 2.2 matches, performances that have earned him considerable praise from all quarters. Specifically, Barca teammate Lionel Messi has labelled him as a “phenomenon”.

For comparison, current Red Devils’ right-winger Mason Greenwood has averaged a goal contribution every 2.9 matches since he broke through into the Manchester United first team.

With any prospective deal for Dembele off of the table, it could hugely alter Manchester United’s transfer plans.

Should they return for first choice Jadon Sancho, that deal is likely to cost considerably more, with the Dortmund man rated at £90m – exactly double that of Dembele.

Should they elect to spend that much, this would dramatically decrease their available resources for other departments on the pitch.

Meanwhile, should they look elsewhere, they might not quite get the right man that Ole Gunnar Solskjaer is looking for.

The purchase of Dembele would certainly have rectified those problems so with his future in Spain now seemingly secure, Ed Woodward and the Red Devils have certainly felt the impact.