Marcus Rashford has been included in Manchester United's squad to face Burnley on Sunday but Eric Bailly, who returned from internationa... 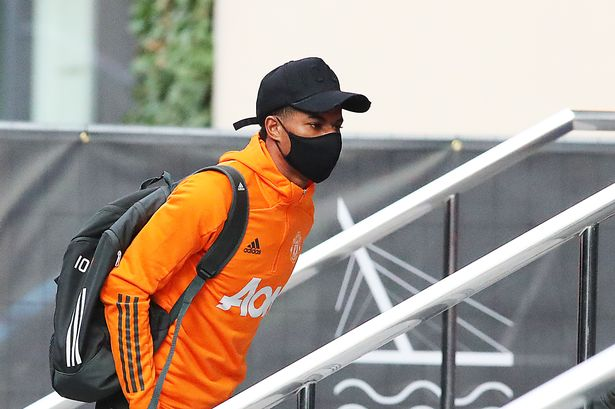 Marcus Rashford has been included in Manchester United's squad to face Burnley on Sunday but Eric Bailly, who returned from international duty with the Ivory Coast with a positive Covid-19 test, was not seen at the team hotel.

United are hoping to extend their four-game winning streak this weekend when hosting Sean Dyche's side at Old Trafford after beating Granada on Thursday to progress to the Europa League semi-finals.

Ole Gunnar Solskjaer made numerous changes for that quarter-final clash in midweek with David De Gea, Axel Tuanzebe and Alex Telles all receiving a show of faith from the United boss to make the starting XI.

However, with United looking to consolidate their runner-up position in the Premier League, it seems likely Solskjaer will rely on the players that delivered an outstanding second-half performance away at Tottenham against the Clarets.

While Rashford was on the bench and rested against Granada in the second leg, he continues to play through the pain barrier and has been spotted arriving at the Lowry Hotel along with his United teammates.

De Gea was pictured arriving with Henderson, but it's expected the latter will return to the starting lineup on Sunday.

Will Fish, Shola Shoretire, Anthony Elanga were not seen with Solskjaer's matchday squad despite there being one place remaining on the roster.