Our friends at Stretty News have offered an exclusive update following rumours linking Manchester United with a transfer swoop for Rennes ... 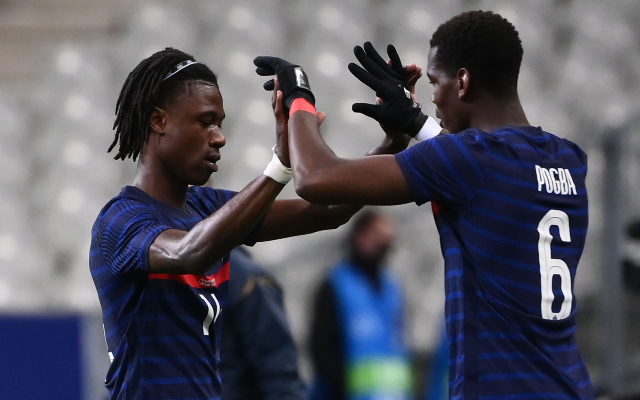 Stretty News report that if the Red Devils are indeed interested in the 18-year-old central midfielder, that they have yet to make their interest known.

It’s added that several top clubs are keen on Camavinga, which is no surprise considering his amazing breakout over the last two seasons, with Ligue 1 powerhouses Paris Saint-Germain reportedly keen.

Stretty News have found that United are not in the mix for the France international right now, adding via a close source that Rennes will demand a €100m fee for Camavinga this summer.

The update on Camavinga comes after speculation linking the Red Devils with Rennes’ prized asset, as well as the Athletic reporting that the talent will not sign a new contract with the French club.

Camavinga broke into Rennes’ first-team at the end of the 18/19 season and hasn’t looked back since, he’s quickly established himself as a key player, helping the side to a shock third-place finish last term.

The youngster, who is a box-to-box midfielder, has already made 77 senior appearances for Rennes, tasting a little bit of Champions League and Europa League action along the way as well.

Camavinga is one of the brightest talents in world football and with a reluctance to renew a contract that expires at the end of next season, you’d think that Rennes will look to cash in this summer.

The midfielder is a senior international for France already, winning three caps, it’s no surprise to see intense speculation surrounding the ace – tipping interest from some of the world’s biggest clubs.