Manchester United winger Jesse Lingard, who is currently on loan at West Ham, considered taking a break from football last year for mental... 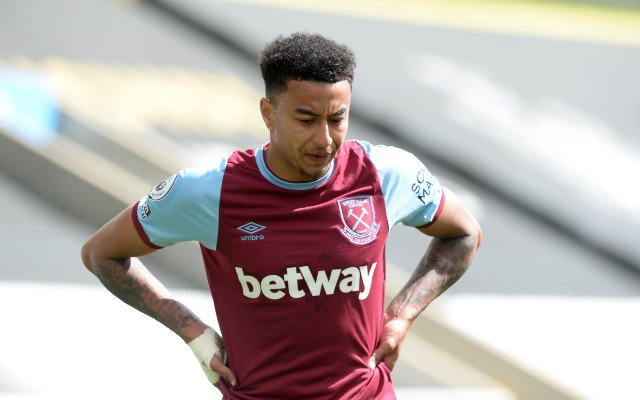 The 28-year-old has hit the ground running at the London Stadium this season, after being frozen out of the Red Devils’ squad by Ole Gunnar Solskjaer.

Speaking to Presenting, via the Guardian, Lingard said his mother’s own mental heath worries affected him. “Not quit football, just have a time out really.

“I didn’t want to play because my mind wasn’t there, I wasn’t focused at all. I was thinking about other things and obviously bottling it all up; trying to play football, you can’t do it.”

It’s brave of Lingard to speak up about his mental health woes – even in 2021, although now widely more appreciated, athletes are expected by some to just toughen up and get on with it.

But life at home can’t simply be fixed by a desirable job, as the 28-year-old explained his mother has struggled with mental health for many years.

“Through the years we had the help for her, but even just for me it’s hard to bottle things up,” Lingard said.

“It feels like you’re not the same person. I felt like I wasn’t Jesse Lingard. Even in football matches, I felt like the game was just passing me by, like I just didn’t want to be there – it was crazy … So, I opened up to United and told them what I was going through, what my mum was going through and they’re always there to help.”