Dejan Kulusevski spent the last season on loan at Parma and his impressive displays in the first half of the 2019/20 campaign caught the a... 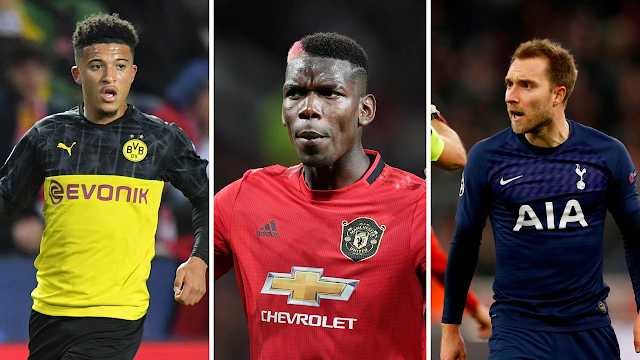 Dejan Kulusevski spent the last season on loan at Parma and his impressive displays in the first half of the 2019/20 campaign caught the attention of Manchester United and top Serie A clubs.

The Red Devils’ interest in the winger was reported in the Italian press back then, but they lost out to Juventus, who reached an agreement for his transfer in January 2020.

Kulusevski arrived at the Turin club for just over £30m before the start of this season, but has struggled to replicate his Parma form with the Old Lady, totalling just five goals in 34 matches in all competitions.

However, that’s not stopped Ole Gunnar Solskjaer’s side from reactivating their interest in the Sweden international.

Calciomercato journalist Daniele Longo took to Twitter to report the Old Trafford club are ‘interested’ in the attacking midfielder.

However, the Italians ‘don’t want to sell him’ to the Premier League side or anyone else in general.

It’s not much to go on, but, if true, it does suggest Ole Gunnar Solskjaer is still looking for creative reinforcements at Manchester United, with the Swede versatile enough to either play down the right wing or through the middle as an attacking midfielder or a bit further back.

📞 #ManchesterUnited is interested in #Kulusevski. For the moment, #Juventus doesn't want to sell him pic.twitter.com/EOcBIWZeky