Manchester United have been linked with a move for Villarreal defender Pau Torres ahead of a possible summer transfer. According to AS, ci... 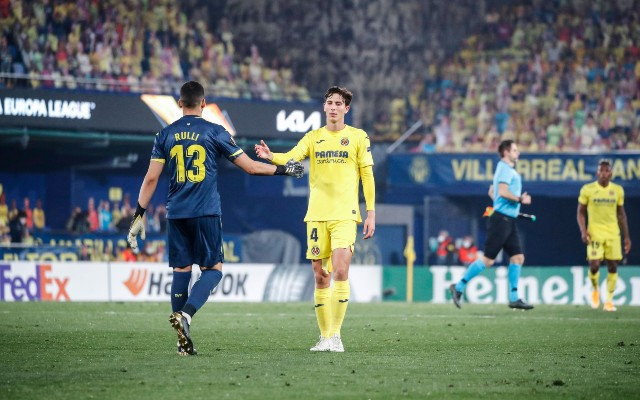 Manchester United have been linked with a move for Villarreal defender Pau Torres ahead of a possible summer transfer.

According to AS, cited by the Daily Mail, it’ll cost the Premier League giants a whopping £43 million to get the deal over the line.

The same story states Ole Gunnar Solskjaer has made Torres a ‘priority’ as the United boss looks to bolster his defensive options.

The Red Devils have looked vulnerable at times this season and the 24-year-old would offer a solid choice at centre-half.

United are said to be keen to get the deal boxed off as soon as possible, with Torres’ release clause set to rise to £54 million in the final two weeks of the summer transfer window, as per the same AS report.

Villarreal are under no pressure to sell the defender, however – and the the Red Devils would have to go up against La Liga giants Real Madrid for the Spaniard’s signature.

Manchester United are up against Granada in the second leg of their Europa League quarter-final tie on Thursday night, where they start with a 2-0 lead from the reverse fixture in Spain.

Should the Red Devils go all the way, with a top four finish in the Premier League seemingly already in the bag, it’ll be seen as a very successful term for Solskjaer and co.