The Brazilian international wants to play regularly and could be used as a makeweight in United’s move for Nuno Mendes Alex Telles could b... 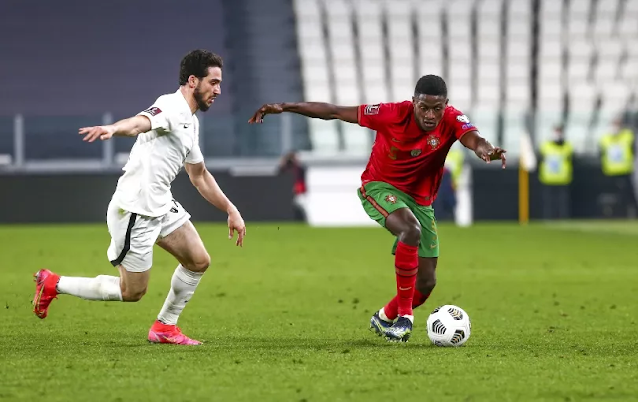 Alex Telles could be sent on loan to Sporting CP as Manchester United look to secure teenage sensation Nuno Mendes ahead of Liverpool and Manchester City.

According to Record, making Telles part of any bid for Mendes could help United land the left-back as Sporting will have a readymade replacement with experience of playing in Portugal.

Mendes is being watched by some of Europe’s biggest clubs after a spectacular breakthrough year for Ruben Amorim’s side.

He made his professional debut in June, a week before his 18th birthday, and has already broken into the national team, picking up three caps during the recent World Cup qualifiers.

Sporting are top of the table and unbeaten in their 24 Primeira Liga games as they aim to win their first title in 19 years.

Mendes, who is comfortable playing as a full-back or a wing-back, has impressed while missing just four matches this season, prompting speculation that he could soon be on the move.

Man United are one of three Premier League clubs to be linked with Mendes in recent months and hope that including Telles as part of the deal could give them the edge over their rivals.

Telles spent four years at Porto, winning two titles, prior to joining the Red Devils for £15.4million in October.

He was intended to challenge Luke Shaw for a regular starting place but has been limited to seven league appearances, the last coming in a 2-1 defeat at home to Sheffield United.

Telles was in spectacular form last season, scoring 13 goals in 49 games as Porto completed a league and cup double.

He’s had little chance to show his attacking qualities at United, with Shaw demonstrating great consistency down the left side.

This revival even helped him earn a recall to the England squad for the first time since a 2-1 defeat to Spain in September 2018.