Former Manchester United defender Marcos Rojo has been in talks with Edinson Cavani over the prospect of a possible reunion at Boca Juniors and says the striker ‘speaks very well’ of the club and Argentine football.

There was some surprise when United signed Cavani, 34, on a free transfer last October given his age and the fact he hadn’t made a single first-team appearance for Paris Saint-Germain in seven months prior to the move.

But when he’s managed to keep himself fit, the veteran Uruguay international has proven himself to be a valuable addition both on the pitch – with seven goals and two assists for the Red Devils – and in Ole Gunnar Solskjaer’s dressing room.

United are keen to extend Cavani’s stay beyond the summer when his current contract expires, with newly-appointed director of football, John Murtough, and executive vice chairman, Ed Woodward, discussing terms with the forward.

The Uruguay striker is out of contract in the summer (Picture: Getty)

However, Cavani’s father, Luis, last month claimed the attacker was unhappy in England and actively looking to return to South America, with plans in place for him to join Boca.

Rojo spent a brief period with Cavani in the north west before leaving Old Trafford for the Buenos Aires outfit back in February and the pair have been in close contact ever since.

‘I talk a lot with Cavani. We were together for about four or five months in Manchester but he’s a great person and we have a good relationship,’ Rojo told ESPN.

‘When I came here he asked how I was doing, if I was having a good time, because he saw everything I went through in England.

Cavani could be Rojo’s new fishing partner before too long (Picture: Getty)

‘It’s important that great players, the size of Cavani, who is a historical player from Uruguay and who played in very great teams, say they want to come and play at Boca.

‘I think he speaks very well of the club and Argentine football.

‘When I told him that there was the possibility of coming to Boca, he told me that he had also spoken with Roman and that he liked the option very much, that he would be interested in the future.

‘He has to make that decision with his family.’

Rojo hopes to have a new team-mate and a new fishing partner in Cavani come the start of next season.

‘I told him that if he came I’d take him fishing,’ the ex-United centre-back added.

‘He likes fishing and there in England he bothered me every day, he told me: “Bring the rods, bring the rods!”

‘He had a lake near the house and I told him, “Come here and I can invite you to fish here in Argentina”.’ Follow Metro Sport across our social channels, on Facebook, Twitter and Instagram. 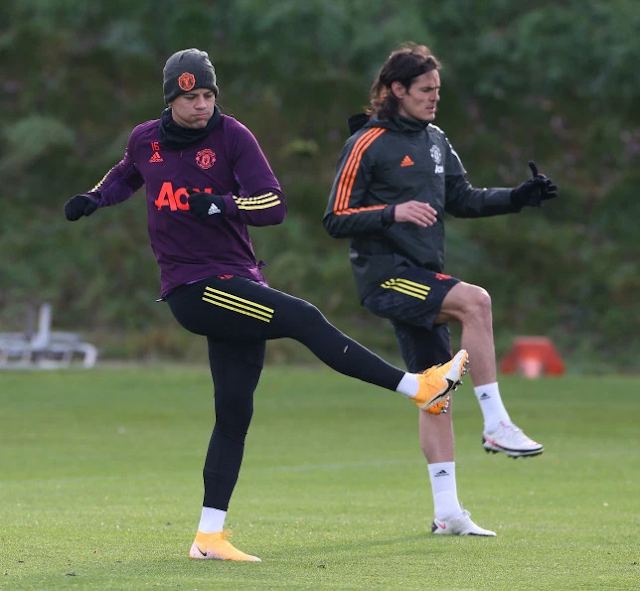