Man Utd have long been interested in a transfer for the Borussia Dortmund star, but they also want Erling Haaland.

Mason Greenwood’s recent performances have given Manchester United more than they bargained for.

After a third goal in as many games, managing to find the net and notch an assist for Edinson Cavani in the 18 minutes of regular time he was on the pitch for against Tottenham Hotspur, Greenwood is changing the landscape at United. The discussion around him is changing too.

Gone is the debate about ‘second season syndrome’, amid conversations about Greenwood’s struggles from earlier in the campaign — many of which came on the back of a naive breach of covid-19 protocols while on England duty. Gone is the worrying from United about his development, gone is the run of one goal in 26 games through a barren winter. It’s hard to imagine Greenwood, such is his obvious ability in front of goal, ever suffering such a goal drought in the next decade of his career.

Gary Neville got it right when analysing United’s 3-1 victory over Tottenham when he remarked upon Greenwood’s finishing and how only Spurs’ own Harry Kane betters the 19-year-old when bearing down on goal.

"I do think he's at a different level [now] — his composure and delivery in the final third,” said Neville, who earlier last week selected Greenwood in his would-be England squad for the summer’s European Championship.

“I do think if Harry Kane gets injured, I look at that England centre-forward position and think ‘who’s got his composure?’. I think he can play centre-forward in international football.”

Where Greenwood ends up playing the majority of his football for United is a fascinating subject. Ole Gunnar Solskjaer has wisely kept the teenager away from a regular role as United’s No.9, preferring to alleviate the goal-scoring pressure on Greenwood by fielding him out wide.

The Norwegian has done everything in his power to soften the scrutiny on his precocious young talent, while at the same time eager to give him as many minutes as he deserves. Neville also noted how Cavani’s experience and advice has worn off on Greenwood, something Solskjaer has openly admitted to channelling in training.

All of this, including Cavani’s own future, is worth considering when trying to predict the direction in which United will lean when they delve into the summer transfer market.

The club’s interest in Borussia Dortmund’s Erling Haaland is well documented, viewing the Norwegian forward, 20, as a player to fill the No.9 role at Old Trafford for the next decade or more.

But United are also refusing to rule out a move for Haaland’s teammate Jadon Sancho amid an apparent willingness from Dortmund to finally cash in on the England international.

Sancho, 21, was United's priority target last year but the club failed to meet Dortmund’s strict valuation — which was in excess of £100million — in a summer window affected by covid-19. Finances were tight and signing Sancho was insurmountable, but things have changed now, despite the club spending £46million on two young right wingers in Amad and Facundo Pellistri.

Sancho, it is universally agreed, will not stay at Dortmund forever and a move back to the Premier League is said to appeal to the former Man City youth star. He already knows Greenwood, Marcus Rashford and others from England duty and, despite the clamour for Haaland, would be a major asset to the United attack.

It all depends on Cavani and Greenwood. Whether or not United can persuade the former to extend his time at Old Trafford, despite not particularly enjoying living in a city that’s been in lockdown for his entire stay, is still unclear. And whether or not Greenwood would be ready to step into a regular centre-forward role if Cavani leaves remains to be seen.

It might be the perfect opportunity to sign Sancho after all, if Cavani can be persuaded, leaving Greenwood to continue his development in both positions without too heavy a burden.

There is an acceptance that Haaland, or Kane — with United never hiding their admiration for the Tottenham talisman — will be almost impossible to sign this summer, given their price tags.

Meanwhile Sancho’s valuation has come down and Greenwood’s stock is still on the up.

It might allow United to, belatedly, get exactly what they have wanted in the transfer market. 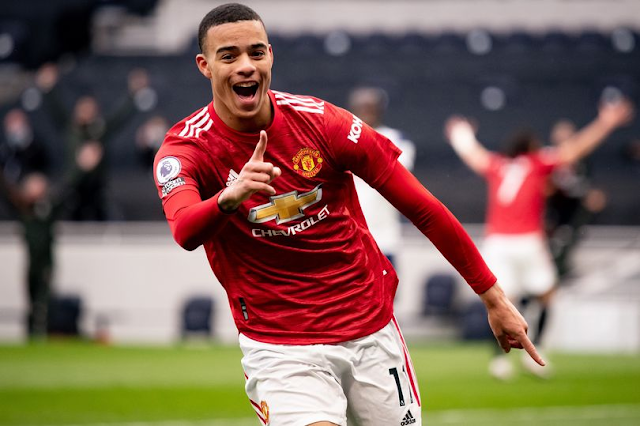