Tuchel has guided the Blues to the Champions League quarter-finals (Picture: Getty Images)

Michael Essien says Chelsea are capable of winning the Champions League this season and feels Thomas Tuchel is doing a ‘great job’ at Stamford Bridge.

The Blues are into the quarter-finals of Europe’s elite competition after their impressive 3-0 aggregate victory against La Liga leaders Atletico Madrid in the previous round.

In order to set up a meeting with either Real Madrid or Liverpool in the semis, they will have to get past Porto over two legs in the last eight.

Essien won the Champions League with the Blues in 2012 (Picture: Getty Images)

In the other side of the draw, Bayern Munich and Paris Saint-Germain do battle in the semis, while Manchester City have built up a narrow advantage over Borussia Dortmund after beating their German opponents 2-1 in the first leg of their last-eight tie.

And Essien, who was in Chelsea’s Champions League-winning squad in 2012, believes his former side have the ability to go all the way this year.

‘I think they can win it,’ Essien told talkSPORT.

‘If they win the Champions League that would be a great achievement for the players and the football club.’

Essien’s former team-mate at Stamford Bridge Frank Lampard was relieved of his duties as Chelsea boss at the end of January following a run of two wins in just eight Premier League games which had left the Blues in ninth in the table.

But the ex-Ghana international midfielder thinks Lampard did a solid job over his tenure and backed him to bounce back immediately.

‘But it’s the business of football. If the results are not coming then the manager pays for it but he should be very proud of himself.

‘Knowing Frank, knowing how strong he is mentally, I’m sure he will bounce back very soon.’

Lampard’s replacement Tuchel lost his 14-game unbeaten run as Chelsea manager when his side were beaten 5-2 by West Brom last Saturday.

But the former Borussia Dortmund and Paris Saint-Germain boss has managed to guide the Blues to fifth place in the Premier League table, just one point off the top four, and Essien feels he is the right man for the job.

‘He’s come in and is doing a great job at the moment,’ Essien continued. ‘I think he’s the right man for the team.

‘We just have to support him and wish him very well. Hopefully he can continue the good job he’s doing at the moment with the football club and the players he’s got.’ 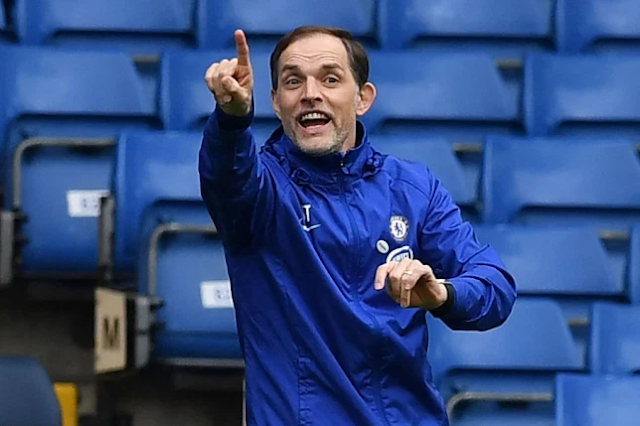