Erling Haaland has every club in Europe swooning ahead of a possible bidding war for the Borussia Dortmund star during the summer transfer window.

The 20-year-old, who has scored 49 goals in as many games at the Bundesliga side, is one of the biggest names in world football right now - as speculation over a big-money move gathers pace.

Representatives of the Norway striker reportedly jetted into the UK this morning ahead of proposed transfer talks with four Premier League clubs.

They are said to include Manchester City and Manchester United - who have already identified Haaland as priority number one ahead of their latest recruitment drive.

City are, meanwhile, preparing for life without Sergio Aguero after the club confirmed their iconic Argentine striker will leave the Etihad Stadium at the end of the season, after 10 hugely successful years.

Although he wouldn't be a like-for-like replacement in terms of style, Haaland - son of ex-City and Leeds United midfielder Alf Inge Haaland - would be an exciting successor to Aguero in the goalscoring department.

However, their pursuit is not without some high-profile and expected company from elsewhere in Europe.

As reported, agent Mino Raiola and Haaland Snr are currently in England as they prepare to sit down and discuss a potential move with figures responsible for transfers at the Etihad and Old Trafford.

Meanwhile, the pair are also due to meet Marina Granovskaia at big-spending London side Chelsea, while reigning Premier League champions Liverpool have also been pencilled in for a meeting.

It marks a busy 24 hours or so for Raiola, who also counts United midfielder Paul Pogba and veteran AC Milan striker Zlatan Ibrahimovic as two of his esteemed clients.

Indeed, only yesterday, the world-renowned super agent was spotted in Spain after getting down to business with La Liga giants Barcelona and Real Madrid.

It was to be expected that the El Clasico rivals would look to make their presence felt early in the much-anticipated race for Haaland's signature.

Even in the midst of financial struggles at both clubs, they continue to represent two of the most attractive - and lucrative - options for the Norway striker, who has scored six goals in 10 international games for his country.

Barcelona and Real might not have the exact same financial clout as in recent years, but they do have assets to use as potential make-weights in a deal - or players that could be sold elsewhere to generate the necessary funds.

As for Haaland's current stance, the Dortmund sensation has three years left to run on his contract, with a soon to be active release clause sitting around the £65million mark.

While that doesn't become active until next season, financial complications caused by Covid-19 pandemic indicate that the Bundesliga side may be forced to cash in on one of their most-prized assets sooner than first anticipated.

Much like United's long-standing pursuit of his Dortmund teammate Jadon Sancho, any Haaland transfer is likely to see a nine-figure sum exchanged between the clubs in question.

Although that represents a substantial initial outlay, justification to sign a player who is well regarded as one of the hottest properties in European football comes from almost-certain goals, in addition to his immense marketability. 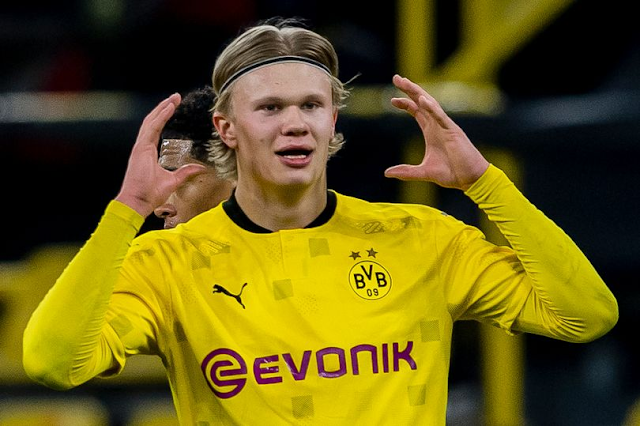