Odion Ighalo has given some advice to Edinson Cavani over what to do at Manchester United.

It comes as the Uruguay international weighs up two offers - one from the Red Devils and one from Boca Juniors.

Cavani is out of contract at the end of the season and is yet to decide what to do next, with a return to South America on his mind.

But Ole Gunnar Solskjaer is desperate to keep hold of the 34-year-old, who showed his worth against Tottenham on Sunday.

The former Paris Saint-Germain star was in fine form as he got on the scoresheet in a 3-1 win over Jose Mourinho's men to consolidate a top-four spot in the Premier League.

Another veteran striker that was signed by Solskjaer has given Cavani some words of advice.

Ighalo joined on loan from Shanghai Shenhua last year and initially started brightly before fading away prior to his return to China.

But the Nigerian reckons the United forward should stay at Old Trafford, something he insists is a no-brainer.

He said: He is a good striker, he is doing well, there is no doubt about that. If an opportunity comes for him and he wants to go then that is fine.

“For me you people know this is a team I supported right from the start, you can't tell me twice about it, I am going to take the opportunity of staying but every man has his own decisions."

Meanwhile, Solskjaer seemed to admit defeat in his attempts to keep hold of Cavani for another season.

“The goals we scored were excellent, Edinson shows why he’s a No.9,” Solskjaer said at the weekend after the win over Tottenham.

“For a new lad who doesn’t speak English and not having his family over here, of course it’s in the back of his head [returning to South American].

“If he decides it’s just the season then we’d be very happy to have had him here.” 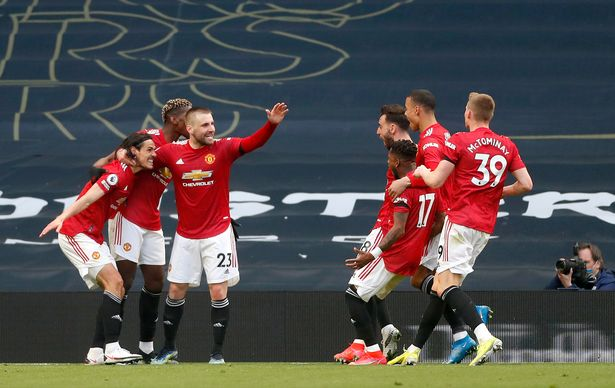