Odion Ighalo claimed that he rejected a January move to West Ham United after leaving Manchester United, when speaking to  Sky Sports . Th... 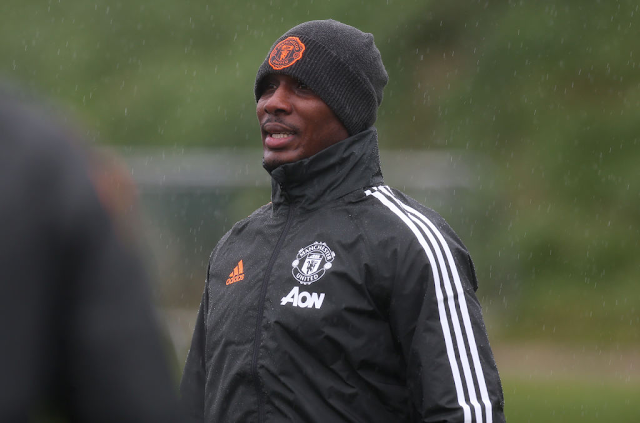 Odion Ighalo claimed that he rejected a January move to West Ham United after leaving Manchester United, when speaking to Sky Sports.

The 31-year-old joined Man United on loan in January 2020 before leaving Old Trafford to join Al-Shabab in Saudi Arabia a year later.

Ighalo racked up five goals in 23 games for the Red Devils (Transfermarkt).

The 35-capped Nigeria international has a decent career record with 156 goals in 381 games to his name (Transfermarkt).

So it was no surprise to see West Ham linked with a move to sign the centre-forward a few months ago, especially considering our lack of strength in depth up front.

ExWHUemployee claimed in January that Ighalo could be a target for Hammers boss David Moyes.

The Nigerian chose to move to Saudi Arabia in the end.

And the 31-year-old told Sky Sports why he opted against a move to the London Stadium:

“There was the possibility of West Ham and West Brom to stay in the Premier League, which I thought about. But, after being at Manchester United, the biggest club in England if not the world, what else could I possibly do in the Premier League? I had good offers to stay in England but I just didn’t think I could stay after achieving my dream of playing for the club I had supported since I was young.”

Ighalo may have been a useful addition for West Ham, with Michail Antonio predictably having been ruled out for the foreseeable future with a hamstring injury.

David Moyes brought Jesse Lingard to the London Stadium, however, and the 28-year-old is producing world-class striker like numbers.

Perhaps in hindsight, signing Ighalo wouldn’t have been the wisest move. And considering our incredible campaign to date, perhaps the Nigerian is now regretting not having joined the Hammers in January.