Odion Ighalo has urged Manchester United to tie Paul Pogba down to a new contract  (Image: Sky Sports) The striker also revealed he had th...

The striker also revealed he had the opportunity to stay in the Premier League when his Man United stint came to an end.

Odion Ighalo has urged Manchester United to tie Paul Pogba down to a new contract.

The midfielder is about to enter the final 12 months of his contract at United, with agent Mino Raiola declaring earlier in the season that his client's time at the club was over.

Yet, since then, both Pogba and manager Ole Gunnar Solskjaer have spoken optimistically about a potential new contract.

Speaking to Sky Sports, former United forward Ighalo said signing Pogba to a new deal is a no-brainer in his view.

"He’s always happy. The only time he isn’t happy is when he’s not playing and I can understand that. Everyone wants to play.

"If Manchester United have the opportunity to keep him on a new, longer deal, they should because he is so influential.

"Sometimes he doesn’t have the best of games, but that’s normal. You can’t be 100% in every game. But when he turns up, like he did yesterday against Tottenham, he is exceptional."

Ighalo's first-team chances at United on loan from Shanghai Shenhua were almost non-existent this season following the arrival of Edinson Cavani, with the forward's stint at Old Trafford coming to an end in January.

Despite being kept out of the team by the Uruguayan, Ighalo says he would still like to see Cavani sign a new contract at United - although he admitted that different players have different priorities.

He said: "Every player has a different ambition, different needs, and needs to decide what they have to do.

"He’s a good player and a good striker, there’s no doubt about that and if the opportunity comes up to go somewhere else, then that’s fine.

"But for me, this is the team I have supported from being a child so I would always take the option of staying. Whatever decision he makes though, I wish him all the best and good luck to him."

After departing United, Ighalo joined Al Shabab in Saudi Arabia, but he revealed he had the chance to stay in the Premier League.

He said: " At my age, I want to play and not just sit on the bench and not have any minutes.

"I didn’t just want to be there picking up a salary; I wanted to be involved. So I said to my agent that if an offer comes in, I will look at it and see what’s best for me, which is what I did.

"I’m so happy that my path crossed with Manchester United. It’s the club I love with all my heart and for all my life. So playing for them was a big privilege that I do not take for granted.

"No matter the circumstances that led me to leave, I will always be grateful to the coach, my teammates, the fans, and everyone around Manchester United.

"I had good offers to stay in England. But I just didn’t think I could stay after achieving my dream of playing for the club I had supported since I was young.

"I came all the way from China because it was Manchester United when I had already rejected other offers because United has always been my dream." 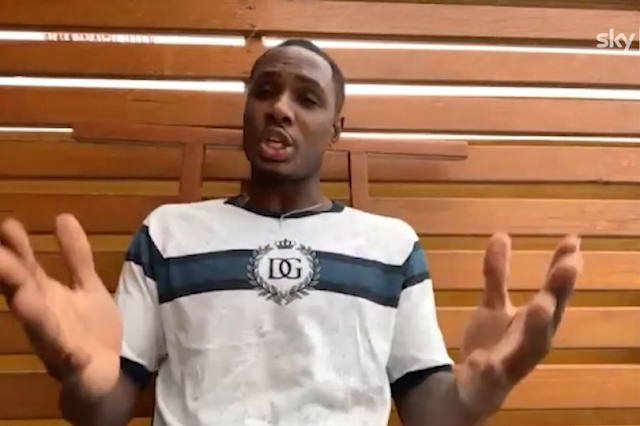