The Ivory Coast international ended several months of speculation surrounding his future this week by penning a new deal that will tie him to the club until 2024.

Solskjaer had been keen to bolster his defence last summer, but Harry Maguire and Victor Lindelof have formed an increasingly impressive partnership, while Bailly has chipped in, when fitness has allowed, with several impressive contributions.

United, however, have continued to be linked with the likes of Real Madrid’s Raphael Varane, Sevilla’s Jules Kunde and Villarreal’s Pau Torres but, according to the Telegraph, Solskjaer will now focus the majority of his attention on bolstering his attacking ranks.

Edinson Cavani has proved a shrewd addition, but the experienced Uruguay international has made it clear he does not intend to extend his stay at Old Trafford and has hit heart set on returning to South America, ideally with Boca Juniors.

Raphael Varane has been heavily linked with a move to Manchester United (Picture: Getty)

Speaking about the race to sign his fellow Norwegian, Solskjaer said recently: ‘There’s only so many places that a player can go to and for us, we want to focus on the ones who are here.

‘I’ve worked with Erling but it’s not right for me to talk about him. I can talk about him as an ex-coach of his but he will make his own mind up.

‘I think the way the world works at the moment, you’d like to do all your business on the quiet and all your talks on the quiet, but there are platforms everywhere, there’s news, the media make that more difficult now.

‘Hopefully, we can suddenly sit here with players that no one has written about! We conduct our recruitment business, our scouting, and the players that we are interested in, we do it the right way I hope and feel.

‘Who we’re interested in and who we can go for and who we will go for, I’m not going to comment on that.’

Harry Kane is also on United’s radar, but it would take a fee of well over a £100million to convince Tottenham to sell their prize asset to a domestic rival. 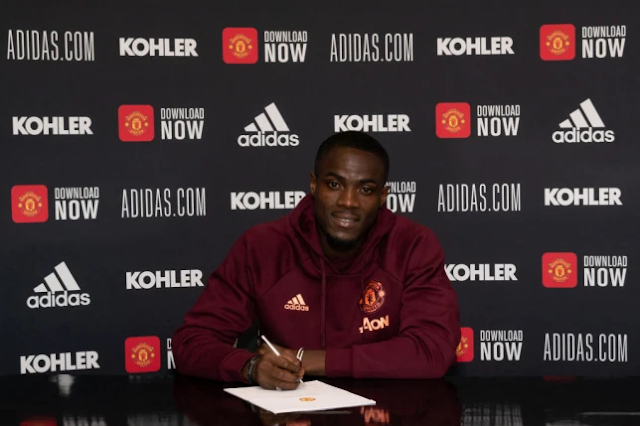