It’s always exciting when your team is linked with one of the best strikers in the world, but you do have to wonder if it really makes sen... 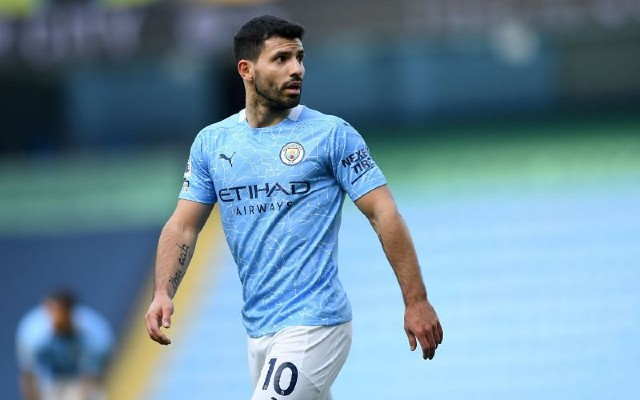 It’s always exciting when your team is linked with one of the best strikers in the world, but you do have to wonder if it really makes sense for Arsenal to sign Sergio Aguero this summer.

He’s going to go down as a Premier League legend and he would improve the current team, but he’s also going to turn 33 in the summer and he’s got a history of injuries so it’s easy to see them falling into a familiar situation.

A report from Goal has indicated that there could be some interest from Arsenal in signing the Argentine, but it’s also believed that he earns over £230k a week at Man City and he would probably look for an increase on that if there’s no transfer fee involved.

Arsenal have already suffered in the past by giving a huge contract to Mesut Ozil, while they are currently struggling due to the salaries of Aubameyang and Willian so the last thing this team needs is to throw another giant wage at someone who has no sell-on value and who’ll likely be injured for parts of the season.

It’s a signing that could make sense for a club if they have plenty of money and they have other options to fall back on if he gets injured, but Arsenal need to be frugal in the transfer market and they already have Aubameyang and Lacazette at the club.

If they sign Aguero it’s going to limit opportunities for the likes of Folarin Balogun and Gabriel Martinelli so they may leave, while they’ll find themselves with ageing strikers who leave or retire at the same time, so they’ll need to find replacements with no transfer income and no youngsters with enough first team experience so it just doesn’t make sense.

Arsenal are in a rebuilding phase so they need to identify cheap younger players who can be developed and sold on for a huge fee – signing Aguero won’t turn them into a title contender just now and it will just make it even harder in the long-run.

He’s a fantastic player and he will improve most teams in Europe, but his age and salary coupled with Arsenal’s current financial situation means they need to look elsewhere.