adidas has unveiled its all-new Seeing Possibilities film series, bringing fans 20 stories of how some of the world's biggest stars overcame adversity to shine later in life.

Told in the style of mini documentaries, the films will offer up previously unseen aspects of the lives of some enormous stars in an attempt to show just how important the power of positivity can be in changing the world.

Beyoncé saw the possibilities of inviting all of us to find our voice. To use her platform as a stage to celebrate our differences with all people. With you. Me. Them. Us.

From the football world, stars like Manchester United's Paul Pogba, Liverpool's Mohamed Salah and Bayern Munich's Serge Gnabry will all star in their own film, but there will also be plenty of representation from other sports. The New Zealand rugby team will also star in their own episode, as will Tifanny Abreu, the first trans woman to play in the Brazilian Volleyball Superliga.

Even away from sports, music sensation Beyoncé, actor Ranveer Singh and popular streamer Ninja will all get the chance to show how perseverance and optimism can help bring the world together at such an important time in history.

Taking a deep dive in both sport and culture, adidas plans to show how optimism, proactivity and determination has shaped the lives of these global superstars, exploring how they turned dreams into realities.

More importantly, it aims to inspire others, empowering them by this collection of very human stories as a powerful demonstration of what optimism can achieve.

"Impossible is Nothing is more than a campaign – it’s our attitude," said executive board member Bryan Grevy.  "Seeing possibilities with optimism is key to achieving our purpose of changing lives through the power of sport.

"This attitude is what inspires us every day and is pushing us to build the future. Seeing possibilities is for everyone who wants to create a better tomorrow for all people."

Seeing Possibilities will be the introduction for a long-term brand attitude that will continue to build on the contributions from adidas to expand the limits of human possibilities, to include and unite people in sport, and to create a more sustainable world. 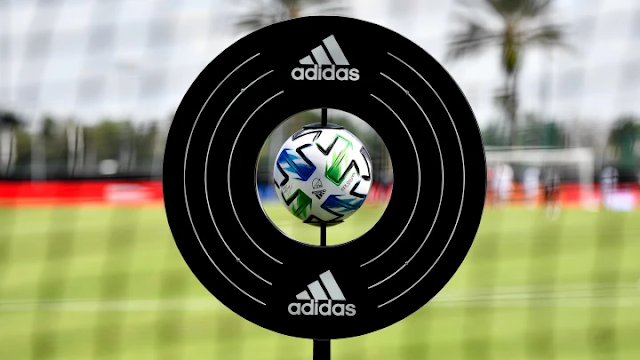