Paul Pogba insists that he is happy at Manchester United despite the rumours about his future Paul Pogba has insisted that he is “happy” a... 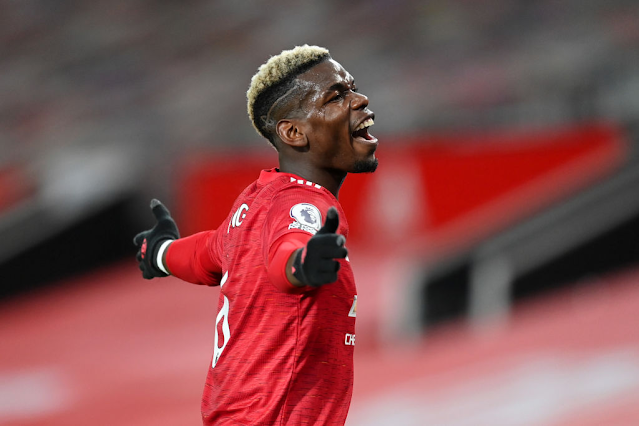 Paul Pogba has insisted that he is “happy” at Manchester United despite the speculation about his future at the club.

The France international has regularly been linked with a transfer away from Old Trafford in recent seasons and the midfielder’s situation has been a source of speculation once again throughout this campaign.

Pogba’s outspoken agent Mino Raiola suggested that the midfielder was keen on a move away from Old Trafford with comments he made earlier in the campaign.

However, Pogba, whose Manchester United contract is set to expire in the summer of 2022, has now insisted that he is happy at Old Trafford and enjoying challenging for silverware under Ole Gunnar Solskjaer.

“We’re there, we’re close [to winning trophies]. We’re still in competition for the Europa League, we still have something to play for in the Premier League until City have the trophy in their hands.

Pogba has scored five goals and made six assists in all competitions for Manchester United so far this season.

Manchester United will return to Premier League action with a trip to Leeds United on Sunday.