Paul Pogba: What I really think about Mason Greenwood at Man United

Paul Pogba delivers his thoughts on Mason Greenwood and his potential at Manchester United Paul Pogba is expecting to see big things from ... 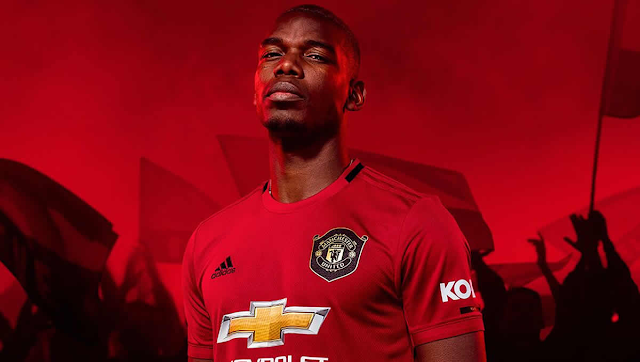 Paul Pogba is expecting to see big things from Mason Greenwood at Manchester United but says that the youngster must continue to work hard to achieve his potential.

The 19-year-old has been earning praise for his performances for the Red Devils whenever called upon by Ole Gunnar Solskjaer this season despite not being a regular starter at Old Trafford.

Greenwood has scored three goals and made two assists for Manchester United in the Premier League this season and he will be hoping to play more of a role in the first team between now and the end of the season.

Manchester United midfielder Pogba is well aware of Greenwood’s potential at Old Trafford, but he does not want to put too much pressure on the teenager by praising him too early.

Speaking in an interview with Sky Sports, Pogba said: “Like I have always said, Mason is a big-talented player that we had from our academy.

“He can go to the highest level, world class, it just depends on him. He has to work hard, harder than everyone, believe in himself and want it.

“When you’re talented like this, you already have talent, now it’s only the work you put in to make you become the world class player you have to become with this talent.

“It depends on him, I will always be the guy to push him, not praise him too much, but push him to get to the level he should arrive at.

“That’s the way I am, I don’t like being praised too much because you can get too comfortable and you think you are there when you are not.

“That is how I grew up, that is how my dad talked to me. If I scored one goal that wasn’t enough, if you score two then score three, always want more.

“Big players, world-class players like Lionel Messi and Ronaldo have been top class for years and years.

“Achieving that for one year is not enough, you want to be world-class for your whole career, for five or 10 years, that is what you want to achieve.”

Both Pogba and Greenwood will be hoping to feature for Manchester United when the Red Devils return to Premier League action on Sunday with a trip to face Leeds United in the top flight.

Manchester United will then take on AS Roma in the Europa League semi-finals later this month.