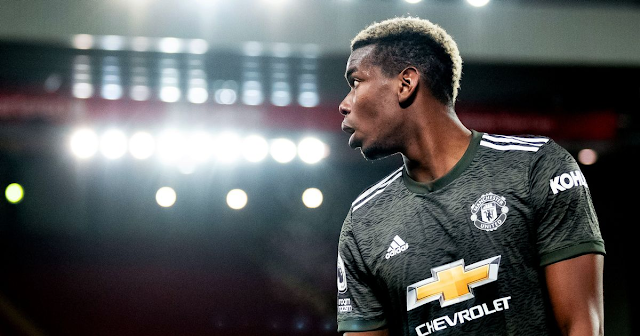 Man United host Roma in the Europa League semi-final first leg tonight and here are five things to look out for at Old Trafford.

De Gea back in?

The United goalkeeping debate is dormant, for the time being. David de Gea started both of the Granada legs and is expected to be back between the sticks tonight, with Dean Henderson's number one status reflected by his Premier League run.

If United reach the Europa League final, then the debate will resurface. Henderson and De Gea might have played four games each in the Europa League and Ole Gunnar Solskjaer showed last season a cup goalkeeper's duties can only extend so far.

The demotion of Sergio Romero for the Sevilla semi-final was the final nail in his coffin at United.

The first leg in Granada highlighted a rethink from Solskjaer after his clumsy comments downplaying silverware last month. Luke Shaw started ahead of Alex Telles, previously a near-certainty to start in the Europa League, and Victor Lindelof has assumed defensive duties in the absence of Eric Bailly.

Bailly has now committed to United after some minor contract wranglings but has not played since the AC Milan first leg over a month ago. Lindelof has improved in recent months and the Europa League is so vital Paul Pogba was rested for the majority of the stalemate at Leeds.

United could bank up to €20million for Chris Smalling and you have to wonder whether they loaned in Daniel Levy to conduct those negotiations. Smalling has started 13 times for Roma all season and there is no chance of an England recall any more.

Henrikh Mkhitaryan, a starter and scorer in United's Europa League final win over Ajax in 2017, has been more prominent for Roma and likely to start. The Armenian scored on his first game back at Old Trafford for Arsenal in 2018.

Pogba is as certain to start as Daniel James isn't. Solskjaer favours the Scott McTominay-Fred-Bruno Fernandes triangle in big games and Pogba has been influential from the left of late.

Mason Greenwood is the most suitable right-sided forward, so Marcus Rashford and Edinson Cavani could be vying for the centre forward role.

Cavani is fresh after no start in two weeks, a free midweek and a cameo in the sun at Leeds. Benching Rashford in favour of Cavani and Greenwood seems unforeseeable, so Greenwood might miss out, with Rashford occupying the unfavoured role on the right.

Four out of four?

Roma visited Old Trafford three times within a year across 2007 and 2008 and were beaten on every occasion, most memorably in the 7-1 quarter-final evisceration.

United's other triumphs came via 1-0 scorelines, with Wayne Rooney the matchwinner in the 2007 group stage and Carlos Tevez the goalscorer in the last eight later that season.