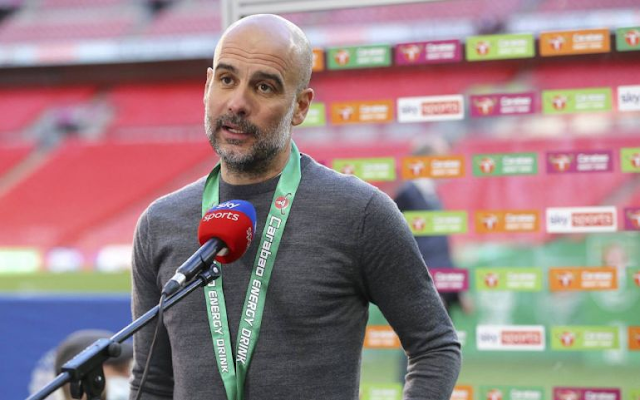 Garcia, whose contract with Manchester City is due to expire in the summertime, has been frozen out by Pep Guardiola, with the expectation being that he will depart the club at the end of the season.

The partnership of Ruben Dias and John Stones at the back hasn’t helped his case, nor has Nathan Ake’s arrival, or Aymeric Laporte’s existence. Man City are well-equipped in that area of the field.

While you’d think that Garcia would simply be deemed surplus to requirements at the Etihad, that doesn’t necessarily mean that Pep Guardiola is not a huge fan and admirer of the La Masia product.

In fact, Pep revealed in wake of Sunday’s Carabao Cup final that he wishes he had a squad of Eric Garcia’s, but unfortunately, it appears as though he’s heading back to the Nou Camp.

Guardiola: “Eric Garcia is one of my favourite players. I would love to have 15 Eric Garcias...he’s not on the bench because I think he’s going move to Barcelona”

Perhaps one day this pair will be reunited, because it seems as though, even with Garcia being left out of match-day squad after match-day squad, Pep absolutely adores the kid.