Manchester United have been given major hope of sealing the transfer of West Ham midfielder Declan Rice after comments from manager David ... 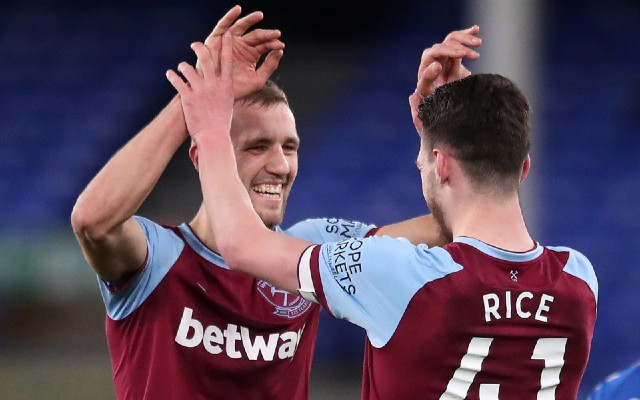 Manchester United have been given major hope of sealing the transfer of West Ham midfielder Declan Rice after comments from manager David Moyes.

The Red Devils could do with strengthening in midfield this summer, with Rice recently linked as a target for them to replace Nemanja Matic, with the Sun stating he’d likely cost around £80million.

Discussing Rice’s future, Moyes has admitted that West Ham may have to consider any offers for star players like the England international and fellow midfielder Tomas Soucek.

Both have been star players for the Hammers in this hugely impressive season, and it would be a huge blow for the east Londoners if either of them left.

United will certainly hope this can give them some advantage in trying to lure Rice to Old Trafford, however, with the England international likely to end up proving a bargain, even at £80m.

The 22-year-old is a superb young talent who can do seemingly a bit of everything in midfield, and it’s hard to imagine he won’t have a great career at the highest level.

“Yes, any club can make offers for players but we’ve not had any big offers,” Moyes is quoted by the Daily Mirror.

“I hope we don’t get any but if we do, like any other club, we would consider them.

“It will have to be the Bank of Czech as well for Tomas!”