Aston Villa's game against Manchester United at Villa Park next month will now kick off on May 9 at 2.05pm.

The game was originally due to kick off at 3pm the day before, but because all matches on the 34th and 35th match days of the 2020-21 season are being made available for live broadcast the fixture has been moved.

Because of the coronavirus pandemic, matches are still being played behind closed doors with the Premier League's broadcast partners screening games.

The United match will be broadcast on Sky Sports.

An alteration has also been made to the Everton away fixture, which was due to be played in January before a Covid-19 outbreak shut Villa 's Bodymoor Heath training ground.

That will now kick off at 8pm on Saturday, May 1 with the date remaining the same but the kick-off pushed back for BT Sport coverage.

Villa close out the season with a tough run of games, with Manchester City up next for Dean Smith 's side on Wednesday night (8.15pm).

West Bromwich Albion head to Villa Park before the Everton and United games while fixtures against Crystal Palace, Tottenham Hotspur and Chelsea bring the campaign to a close.

Villa will be hoping to have captain Jack Grealish back by the end of the season, with Smith issuing an update on the 25 year-old at a press conference on Tuesday.

"I did say it would be a few weeks before we got him back out again," Smith said. "We are still waiting for him to get back out on the grass. He is itching to get in and we want him back.

"I don't know (when he will return), I'm hoping it'll be in the next few weeks. He is pain free now but we don't want to take the risk of making it angry again, which we did last time when he pushed to come back a little too quickly." 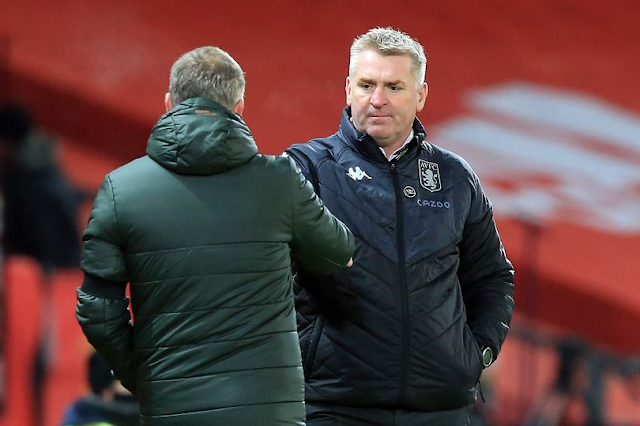