From Selhurst Park  - Chelsea head coach Thomas Tuchel will have been able to sleep easy in recent weeks, having finally dispelled the lin... 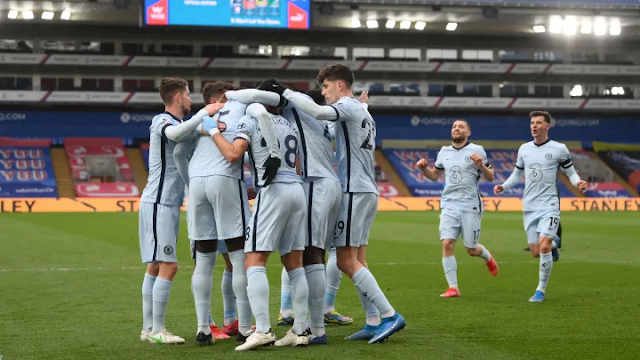 From Selhurst Park - Chelsea head coach Thomas Tuchel will have been able to sleep easy in recent weeks, having finally dispelled the lingering spectre of Frank Lampard.

But while a no-nonsense, efficient 14-game unbeaten run is near-impossible to argue with, some sceptics will point to underwhelming draws against Southampton and Leeds as crucial points were dropped in the attritional battle for the top four.

That streak had become something of a false friend, with an unexpected European adventure meaning Tuchel is being forced to weigh up his priorities on a weekly basis.

Then came last weekend, when the German's outlook was forcibly shaken into focus by none other than Big Sam Allardyce.

After a few too many weeks and months of very plain 'normal Barclays', the Premier League threw up one of those gameweeks; Tottenham somehow failed to beat possibly the worst team the division has ever seen in Newcastle, Arsenal were thumped by a resurgent Liverpool and Southampton came from two goals down to beat Burnley 3-2.

But the result of the weekend came in Saturday's early kick-off, as West Brazil sent ten-man Chelsea back to the pre-Roman Abramovich era with a resounding 5-2 win at Stamford Bridge.

Having been talked up as certainties for Champions League qualification following their resurgence under tactician Tuchel, the Blues found themselves fifth, with the once endless, unrelenting fixture list now dwindling.

It was imperative, then, that having almost certainly sealed their place in the semi-finals of the Champions League in midweek, Chelsea responded at Crystal Palace in Saturday's late kick off - especially after Liverpool pushed them further down the table with victory earlier in the day.

And respond they did. The west Londoners produced their finest half of domestic football since Tuchel was appointed, camping in the Palace half and dismantling their sorry hosts piece by piece.

In what felt like a training drill, Kai Havertz opened the scoring with an unerring side-footed effort across the goalkeeper with just eight minutes on the clock. The young German's first goal under Tuchel would act as the key to the floodgates.

Here's how Kai Havertz opened the scoring for Chelsea, cool as you like... 🥶

The 21-year-old was imperious in the first period as a false nine, later dazzling with a chapêau over a defender before seeing his low drive tipped wide by Vicente Guaita.

Two minutes on from the opener, Christian Pulisic doubled the lead as he almost popped the ball with a left-foot strike into the roof of the net - weirdly a near carbon copy of the goal he scored on the same ground after the restart last season.

20 minutes and a Kurt Zouma header later, Chelsea had scored three times for the first time under Tuchel and the job was done.

⚽️ Kurt Zouma scores his 5th PL goal of the season, the most by a defender - as Chelsea score 3+ goals for the 1st time in Tuchel’s 17 games in charge pic.twitter.com/4nSlheL3A5

Perhaps inevitably, the second half was more tetchy affair, with Christian Benteke's fine header keeping the visitors on their toes. However, Pulisic bagged a brace with a tap-in to settle any nerves and see his side through to the final whistle.

While Chelsea's run to the last four of Europe's premier club competition is a welcome distraction from the occasional monotony of domestic football this campaign, seeing the club restored to the continent's top table, the best route into next season's edition is still the Premier League.

Just as last week's embarrassment felt like it came a the worst possible moment, Chelsea's discovery of a clinical goalscoring touch has arrived at an opportune time. Tuchel's charges emphatically answered the question of whether the West Brom debacle was a blip that can be taken in isolation, or a sign that they might regress to the levels of the last days of the Lampard era.

With either or both of West Ham and Leicester set to drop points when they face each other on Sunday, the Blues are still well placed to get the job done.