Luke Shaw went off at half-time of Manchester United's win over Granada  (Image: Luke Shaw, Marcus Rashford and Paul Pogba were all subs...

Luke Shaw, Marcus Rashford and Paul Pogba were all substituted against Granada.

Whilst Manchester United appeared to have some injury problems come full-time of their 2-0 victory over Granada on Thursday evening, Ole Gunnar Solskjaer is likely to be boosted by the availability of three key players for Sunday's game against Spurs.

Marcus Rashford, Paul Pogba and Luke Shaw were all substituted during the game in Spain, yet Solskjaer appears to be optimistic over the prospect of all three players featuring for United against Spurs.

The forward was withdrawn against Granada after an hour following Solskjaer's pre-match assessment that he would not last the full 90 minutes. Yet there was no fresh injury issue with Rashford, and he was only substituted as a precaution.

What Solskjaer said: "Marcus, as we spoke about, his foot is a bit sore."

Pogba was replaced with 15 minutes left against Granada due to what Solskjaer described as a niggle, but he is expected to be fit to face Spurs.

What Solskjaer said: "Paul had a bit of a niggle but we should be okay."

Shaw was surprisingly substituted for Alex Telles at half-time against Granada.

The move raised fears that the left-back, who has been one of United's best players this season, was injured, but that is understood not to be the case. Instead, it was a case of protecting Shaw, who had been booked.

What Solskjaer said: "I had to protect Luke but I think and hope he should be okay for the weekend."

Martial suffered a knee sprain on international duty with France and his chances of playing again this season are slim. Yet he could be fit in time for the European Championships in the summer.

What Solskjaer said: "Anthony has started his recovery and, if we see him before the end of the season, I will be very surprised."

The defender tested positive for Covid-19 whilst on international duty, meaning his return to England was delayed. It is currently unclear when he will be available for selection again.

What Solskjaer said: "Unfortunately for Eric, he won't be with us for a little while because he's been away with the Ivory Coast and tested positive for Covid."

Versatile defender Jones continues to recuperate following knee surgery last summer. It remains to be seen whether he features at all this season.

What Solskjaer said: "I'm not sure how long it will be, how long is a piece of rope? Hopefully this season but if not then the start of next." 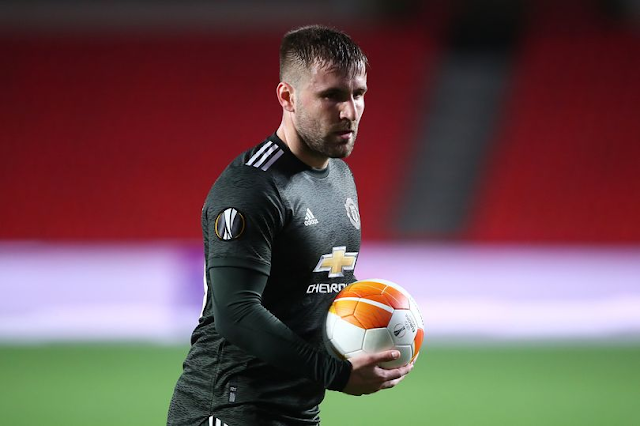