Rashford to feature in Granada clash

Bengaluru — Manchester United have been handed a boost ahead of Thursday’s Europa League quarterfinal first leg against Granada with forwa... 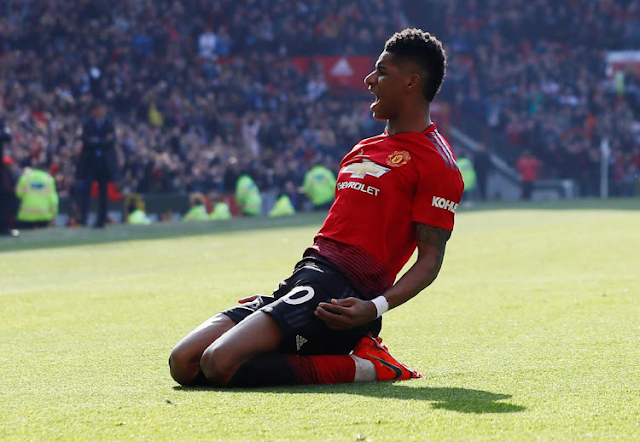 Bengaluru — Manchester United have been handed a boost ahead of Thursday’s Europa League quarterfinal first leg against Granada with forward Marcus Rashford set to travel with the team after shaking off an injury.

England international Rashford, who has scored 19 goals and provided 12 assists in all competitions this season, sustained a knock in the 2-1 win over Brighton & Hove Albion in the Premier League and missed training on Tuesday.

Manager Ole Gunnar Solskjaer said Rashford, 23, was available for the trip to Spain but might not be risked for the entire match. “I can’t disclose my team, we’re not going to do that,” Solskjaer told a news conference. “Marcus is travelling and we have to make a decision if he starts or is on the bench. I don’t think he’ll play 90 minutes.”

Goalkeeper Dean Henderson, who started in place of David de Gea for a seventh straight game against Brighton, is in contention to don the gloves against Granada and Solskjaer said he had to make a choice between the two on a game-by-game basis.

“I cannot prioritise the league or Europa League. The next game is the most important one,” he said. “David has been a top keeper and is still a top keeper. I’m comfortable playing David or Dean and pleased that either of them are happy to be a sub.”

Granada, who are ninth in La Liga, have lost their last three games in all competitions, but Solskjaer expects a stern test on Thursday.

“They’re full of experience and character which you expect from teams who have been promoted recently,” he said. “Great season last year and I think they’re one of the teams who have played the most games this season.”

Solskjaer also said Anthony Martial had begun his recovery after sustaining a knee injury on international duty, but is unlikely to feature over the rest of the season.

“If we see him before end of season I’ll be very surprised,” he said. “He wants to get back as quick as possible.”