Florentino Perez has changed his stance over Real Madrid flop Eden Hazard, according to a report published by Don Balon. As was reported b... 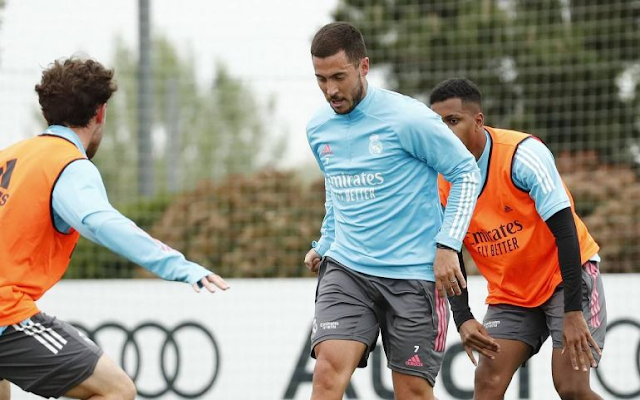 Florentino Perez has changed his stance over Real Madrid flop Eden Hazard, according to a report published by Don Balon.

As was reported by Sky Sports at the time of the transfer, Real Madrid paid £130M [€150M] to sign Hazard from Chelsea, with the Belgian then being considered one of the best players on the planet.

However, Hazard has fallen miserably short of expectations, with his complete inability to stay fit certainly not helping him in his efforts to become a success at the Santiago Bernabeu.

As reported by Don Balon, that tempted Florentino Perez into selling him. Perez was thought to be considering cutting his losses and recouping whatever amount he could.

Don Balon now report, though, that Perez has decided that a measly €50M in return for Hazard would only represent an awful bit of business from Real Madrid, thus he has opted to change his stance.

The belief is that Perez will now keep faith in Hazard, who will be allowed to stay at the club to work on his fitness and challenge for a starting spot in Zinedine Zidane’s side.

The player that Hazard once was will still be in there somewhere, just devoid of confidence and fitness. If he can get back to his best, he can begin to justify the £130M expenditure.

Selling Hazard now would only be an admission of failure from Perez, as well as a huge loss recorded in the transfer market. He might as well keep the faith for a little longer.